With Oprah’s final season drawing nigh, who will fans turn to for their daily mid-afternoon talk?

As part of the content-sharing agreement, Ellentv.com will promote AOL content and AOL will promote Ellen on sites like KitchenDaily.com and Popeater, both of which house Ellen’s key demographic: women between the ages of 25 and 54. At the same time, AOL will get to count EllenTV's audience in third-party research reports, AOL spokeswoman Sandy Drayton told me.

No money has been exchanged in the deal and Telepictures Productions, the company that produces the “Ellen” show, will still have control over what appears on the site, but they will be collaborating with AOL on several special promotions, including the show’s Twelve Day Give Away during the winter holiday season.  Telepictures Productions will also work with AOL on digital sales packages for other holidays and special events, like Mother’s Day and Halloween.

AOL and Telepictures Productions also plan to explore social media projects as a way to bring new deals and packages to the Ellen DeGeneres Show’s 10 million fans on Twitter and Facebook.

AOL has been partnering with a number of established brands as of late.  This summer, AOL partnered with Disney’s the Jonas Brothers to launch Cambio.com, a celebrity and fashion Web site for teens.  More recently, the company renewed its partnership with Google to include a content sharing agreement with YouTube.

The recent partnerships and content sharing agreements are all a part of AOL’s efforts to beef up its content strategy.  In May AOL CEO Tim Armstrong revealed that AOL now employs 4,000 journalists, 500 of which are full-time.  This number is a pretty big jump from the 3,000 journalists that AOL boasted only a few months before.

“There will be more partnership announcements in the coming month or two,” Drayton said. “Our strategy is to place a big emphasis on content, so we’re doing that in two ways.  First, we’re looking to create real depth of original content through print, video, and interactive media.  Second, we’re partnering with established brands like ‘Ellen’ to reach a broader audience.”

In June 2009, AOL bought hyperlocal news site Patch for $7 million, and AOL acknowledged its intentions to invest $50 million in the site’s expansion.  Currently, Patch offers hyperlocal news to 37 small towns in California, New Jersey, Massachusetts, and Connecticut, but with money pouring in from AOL, it is expected to expand to reach hundreds more towns in the future.

Additionally, in December 2009 AOL launched Seed.com, a site that assigns news stories to any freelancer who offers to write them, to stock up on its store of writers. Armstrong has claimed that he is not interested in turning AOL into a “content farm,” but rather seeks to provide quality news.

The “Ellen” Show is certain to help revitalize AOL’s dwindling sales as a dial-up Internet provider.  The Ellen DeGeneres Show has earned 31 Daytime Emmy Awards since its premier back in 2003, and it currently ranks number two out of all syndicated talk shows that target the female 25-54 demographic.  The show comes in just behind the Oprah Winfrey Show, which will clear the path for “Ellen” next year.

Telepictures Productions could not be reached for comment.k. 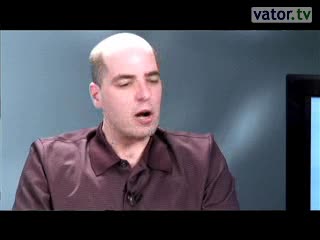 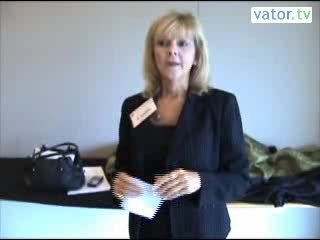