The partnership will bring 200,000 informational and instructional videos to viewers

The Web video space is picking up speed as new deals are being made and more networks are offering new innovative content.  Dailymotion, a YouTube-esque video-sharing site based out of Europe, and 5min Media, a leading video syndication platform, announced Thursday a partnership that will deliver over 200,000 how-to and informational videos to viewers worldwide.

The partnership will bring 5min’s store of professionally produced short-form video content to Dailymotion.  The content will be organized across 21 verticals to include categories like 5minVideo Games, 5minTravel, 5minSports, 5minHealth, 5minFashion, and so on.

“Lifestyle and DIY-videos are some of the most popular on the Web,” explained Joy Marcus, General Manager of Dailymotion US, in the company's press release. “The millions of users who visit our site each month have already demonstrated a demand for videos across these channels, and now we’re able to provide them with even more best-in-class content.”

The announcement comes on the heels of 5min’s most recent foray into the lifestyle/DIY video realm in a deal with Answer.com to produce Answer Videos, which cover topics ranging from home and fashion to cars and travel.

With more than 130 million streams in July and 42 million unique visitors across 800 partner sites, 5min is one of the largest video networks on the Web and has forged syndication deals with such big names as CBS, Hearst, Scripps, and WatchMojo.  Earlier this month, the New York City-based startup partnered with gaming site IGN to buttonhole the gaming vertical.

Commenting on 5min’s partnership with Dailymotion, 5min CEO and co-founder Ran Harnveo said in an email: “We expect to produce a significant volume of video views. It also provides a valuable opportunity for our advertisers to enjoy the expanded reach of Dailymotion’s huge audience of users, who are already consuming hundreds of millions of videos a month.”

Paris, France-based Dailymotion, which has been called the French YouTube, draws 65.7 million unique visitors each month and one billion video views worldwide.  The company has been stepping up its U.S. game in recent months by adding to its U.S. sales and content teams to support its increasing market growth.

A quick visit to Dailymotion.com/us will probably look pretty familiar.  In fact, it looks eerily similar to another online video network that rhymes with ShmooTube.  Dailymotion has distanced itself from YouTube in the past by providing a more heterogeneous mix of amateur videos and professionally produced content, such as independent films.  But this distinction is bound to become increasingly blurry as YouTube offers more professionally produced videos as well.  Unlike YouTube, however, Dailymotion is profitable.

Last October, Dailymotion raised $25 million in funding, with a large chunk of that money coming from the French government.

The online video space is heating up and is propelling some interesting new innovations in broadcasting and video sharing.  In a recently posted TED talks lecture, TED’s Chris Anderson examines Web video’s development of Crowd Accelerated Innovation, which he describes as a self-powered cycle of development and innovation based on three characteristics: a crowd (a group of people who see the object), visibility, and motivation to step it up.  Unlike a street demonstration or event, Web video has the capacity to connect millions of viewers worldwide to the same concept, which has spurred unprecedented evolution in a range of different fields.

Looking to compete with the live-streaming upstarts like Justin.tv and Ustream, YouTube recently launched its own live streaming version with partners Howcast, Next New Networks, Rocketboom, and Young Hollywood.

Dailymotion's deal with 5min will likely help differentiate itself from YouTube as the two sites become increasingly similar in their video content.

5min Media is the Web's largest video syndication network with more than 30 million unique visitors across its 800 partner sites. The company provides publishers with a comprehensive video platform that includes access to premium content from its library of more than 200,000 vertically segmented videos from thousands of the world's largest media companies and professional independent video producers. Founded in 2007, the company is headquartered in New York City. For more information, visit http://solutions.5min.com. 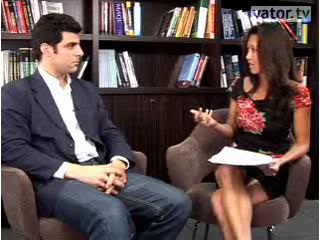 YourTrumanShow wants to make everyone a Web video star 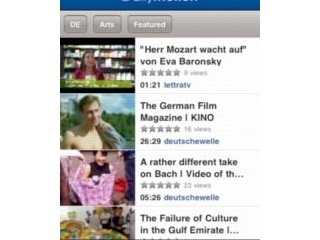