Facebook COO Sheryl Sandberg says in an interview with Bloomberg published this morning that the company’s advertisers have boosted spending 10-fold in the last year.

This means a lot of things.

It means that Facebook can push back an IPO even longer, till 2012 or beyond (arm-chair pundits had unanimously agreed on 2011 before another Bloomberg report last week).  The timing of the two articles may also suggest the company saw a PR need to assure investors it could rake in enough dough to appease shareholders a little longer. Why the IPO delay? The official line is nebulous: more time to grow. One wonders whether execs believe the right time has to be after the public impact of the unauthorized Facebook movie, which paints the company’s founding in murky colors, dies down.

It means Facebook will be hiring and acquiring more. Vaughan Smith, director of corporate development said he fully expects “we will be doing more significant acquisitions,” meaning they’ll buy bigger companies. They'll also likely boost their salesforce. Facebook doubled the number of salespeople on staff last year and now has more than 1,400 employees, according to the article. It’s preferred method of recruitment has been acquiring startups with 12 or fewer people to grab entrepreneurial talent.

It means that brands are done merely “experimenting” with social media and are ready to invest serious ad dollars on the Web. Back in 2004-2007, Silicon Valley thought it would be funded by advertising, but the billions of dollars that had ceased flowing to TV never showed up on dot.com balance sheets, because a) advertisers were skittish about the new medium in which they lost control over context and b) the recession hit. Now the flood gates are inching open, and much of the water is flowing directly into Facebook’s cisterns. From the article:

It also means that Facebook has a big warchest for the pending battle with Google, which will ignite when the latter launches its much-rumored rival social network. 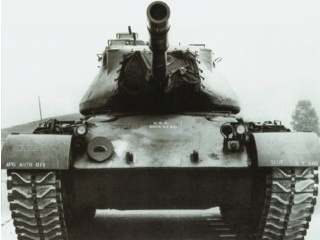 How did your name get on a Facebook ad?