Facebook users are much more likely to engage with advertising content on the social networking site if they are fans of the brand doing the advertising, according to the first report to be born out of the Nielsen and Facebook collaboration announced last fall.

For the study, Nielsen has for six months now monitored the interaction of over 800,000 Facebook users with over 125 ad campaigns carried out by 70 brands. The group compared three distinct types of advertising:

A homepage ad, categorized as paid media, is just a typical ad with the option for a user to "Become a Fan." An organic impression, or earned media, would be any social story that appeared in the user's news feed because, for example, one of his or her friends became a fan of a brand. Finally, a social impression, essentially a hybrid of the two, was like a homepage ad that also displayed which friends were fans of the brand.

Nielsen concluded that ads with social connections were, probably to Facebook's delight, definitely more effective than ordinary paid ads. Specifically, ad recall increased 6%, ad awareness increased 4%, purchase intent increased by 6%. Though just small growth margins, it could be just enough to convince brands how valuable it is to advertise on Facebook.

In addition to the new Nielsen report, there's currently word out that Facebook will be unveiling a new advertising system at its f8 developer conference on Wednesday. Because it is expected that the company will be launching a 'Like' button, in the vein of Digg or Twitter 'retweet' buttons, set to take over the whole Web. The idea is that Facebook will be using data gathered from a user's experience of 'Liking' things across the Internet to place targeted ads on the user's home page.

Both Nielsen and Facebook should be presenting the study's data at Ad:Tech in San Francisco on Tuesday. 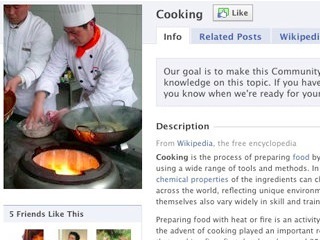