Baduku could be the next online opinion engine for anything

Santa Ana, Ca.-based Baduku, competed a few weeks ago at our Vator Splash event in San Francisco.  The company's CEO, Namanh Hoang presented his pitch on stage in front of several hundreds of entrepreneurs and investors.  Here's the video we captured and a summary of what the company is working on.

"Baduku.com is to review Websites, as what Twitter was to blogs…" is how the startup describes itself in short.  Basically, it's an opinion engine for anything you can think of.  Most of the active topics on its site have to do with pop culture, like, the goods vs the bads of American Idol or Facebok, but it has a bunch of others as well, you just have to search for them or browse through categories.  The company differentiates itself from other opinion engines because instead of being a collection of disconnected opinions, it shows the overall public opinion (statistical relevancy).  Baduku also has an open API so developers can integrate its micro-opinion system into their own sites.

Don't miss the next Vator Splash on September 30th!

Baduku.com is an opinion engine that helps people make informed decisions and gauge public opinions about anything.

Baduku.com is to review websites, as what twitter was to blogs. 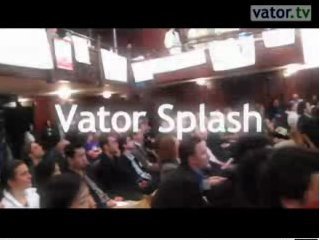 And here are the Vator Splash finalists!