Augmented reality (AR) is a fast growing technology being used in applications for smart phones.  If you haven't experienced it, basically it's all about using your phone's camera feature to see information about the world around you.  For example, pointing your phone on a city street to find out the nearest metro or bus line around you.

But what about taking this a step further for entertainment and gaming purposes?  That's what Ogmento is working on, and it's just raised $3.5 million in Series A financing to get underway.  The funding was led by Chart Venture Partners with participation from CNF Investments and private investors.

The New York-based startup said it is the first AR gaming company to secure institutional investment.  Other AR companies that have received funding, like Layar or Tonchidot have built platforms geared towards enhancing the physical world with useful information like social comments or navigation.  Ogmento offers technology that overlays computer graphics onto real-world environments in hopes to let its users interact with their environments through gaming experiences.

So far, the startup has developed these AR experiences for several companies including Penguin Publishing, SAP, Orange Telecom, Smith and Nephew, and PBS.  At the moment, it said it is producing games in collaboration with leading media, CPG and sports enterprises.

The startup's platform works on a variety of mobile devices including iPhone, Android, PC and it said even traditional game consoles.

One of it's first products, Put a Spell, let's users interact with a 3d Panda on their iPhone.  It's geared towards children and aims at creating a fun experience to help them learn to spell and pronounce letters.  I've embedded the video at the end of this post.

Ori Inbar, co-founder and CEO of Ogmento commented, "This investment allows us to expand our operations to support our growth while putting development resources into our own intellectual property."  The company said it would use the proceeds to expand the core features of its technology, while preparing to release several game titles this coming year.

I've reached out to Ogmento to get their take on the future of AR across traditional console games.

Update - Ogmento responded to our question in an email: "We are looking at any gaming platform that properly supports a robust AR gaming experience.  This includes not only the possibility of Natal and Move, but the 3DSi and PSP platforms.  We are even hoping for the iPad expansion when and if they add a camera to it."

Ogmento was founded in 2009 by industry veterans committed to developing the next generation of video games. Through cutting-edge technology that overlays computer graphics onto real-world environments, Ogmento creates games that let users directly interact with their surrounding environment. The company is currently developing ground-breaking Augmented Reality (AR) content for a range of mobile devices and platforms including iPhone, Android, PC, and traditional game consoles. With founders Ori Inbar, Brad Foxhoven, Brian Selzer, Oriel Bergig and Nate Hagbi and a team of experienced game designers, animators, and award winning PhD scientists, Ogmento is ideally positioned at the epicenter of the Augmented Reality industry. For more information please visit http://ogmento.com/. 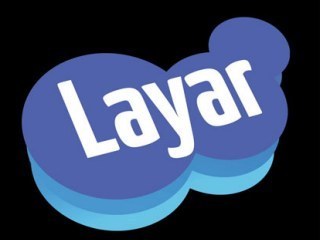 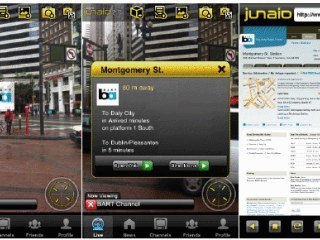 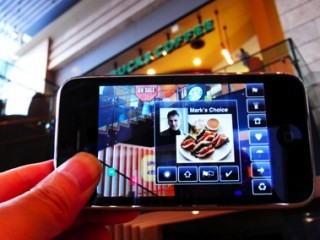