Analysis on why Zynga's profit machine was at risk; and why its leverage helped

Zynga has found that the leading social network isn't so friendly. But the recently-struck, five-year partnership with Facebook will certainly be a big determinant on how well they play together in the future.

In a recent analysis, Steve Carpenter, who recently sold his company, Cake Financial, to E-Trade, outlined why he believed Zynga's profit machine was at risk. But because the social gaming giant had significant leverage over Facebook, a deal was sealed, essentially saving the future of both companies, but mostly Zynga's.

He estimates that Zynga is making some $15 million in profit a month, which could be wiped out if Zynga had to pay Facebook's stiff 30% tax.

In the interview, Steve highlights what he thinks is Zynga's risk. He points out 1) the company's traffic appears to be leveling off after its monthly user base soared eightfold in the past 12 months. Zynga's hockey-stick growth is coming to an end, as a flat month in April suggests 2) Zynga's own platform for social games - ZLive platform - faces challenges as it's unclear whether users will embrace stand-alone games off Facebook 3) Apple is the elephant in the room and will be a big challenge for Zynga when it comes to bringing its games on the popular mobile devices.

But at the same time Steve points out Zynga's risks, he also explains that Zynga has incredible leverage over Facebook. Zynga has 246 million unique users per month, meaning more than half of Facbeook users are playing Zynga's games. Zynga has grown its user base eightfold while Facebook grew its user base by 2.5x to 484 million users over the same time. Zynga accounts for 31% of all active applications on Facebook, which is more than double Facebook's own apps. It's arguable that Facebook grew because of Zynga's popularity.

Zynga can use its installed base to effectively promote its new games, such as Treasure Isle, which is now the fourth largest game on Facebook, after having only launched a month ago. Zynga is the first U.S. company to make the virtual goods business a reality and successfully monetize the 1% to 2% of its user base.

In fact, it seems "peculiar" that Zynga has been able to monetize its business faster than Facebook, said Steve.

So, how do you think shares of the companies would be trading on a private marketplace? I asked. 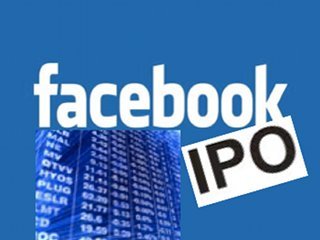