Twenty-one-year old, Jay Rodrigues lives a hectic life.  He wakes up in the morning in pursuit of his degree from The Wharton School of Business over at the University of Pennsylvania, goes to class, takes notes and rushes home to work on his startup, DormNoise, all while juggling being part of a fraternity and having a good time with friends on the weekends.  It gives me a hangover just thinking about it.

We're not too surprised actually. We knew this entrepreneur would be worthy to back having watched his progress ever since he joined the Vator community. Vator spotted him several months ago, when DormNoise was a leading vote-getter in the Keiretsu Forum Angel Competition hosted on Vator. Later we highlighted Jay's company on Vator Box, titled: "The prospects for a Facebook of calendaring," giving him a big thumbs up. Angel investor Jeff Clavier, the guest host at the time, said that he'd sit down and take a call with Jay, he was so impressed with his pitch.

Looks like Jay is perfectly fine with investors today. Those coming into the half-million round include DN Ventures and PRESENT e-Learning Systems Inc.

Rodrigues previously raised $450,000 from friends and family to get his idea off the ground, bringing the startup's total financing to $950,000.

So what does company have to offer exactly?  Jay's vision came from the plethora of daily events he'd be bombarded with at his campus.  He told me he'd walk down the main strip of his school and see, "100 paper flyers getting thrown at me, and then I'd go back to my dorm room with no way to organize these.  I'd constantly be missing events."  Enter DormNoise.

It's basically a tool for colleges looking to provide their students with a way to manage their busy lives.  Rodriguez makes sure to emphasize that DormNoise is "not a social network."  It's more of an interactive college-focused calendar system meant to be used as a centralized tool for the lives of college students.

Some of the platform's features include syncing everything up to popular calendar applications like Outlook and iCal as well as their smartphones like iPhones and Blackberries.  Students can also invite friends to join events or see which events their contacts are participating in.  For example, maybe a different frat is throwing a fundraiser you'd like to attend, or maybe there's a speaker that's not in your department you'd like to listen to.  This is what DormNoise is good for.

But students don't sign up for DormNoise out of their own will.  Institutions need to strike a deal with DormNoise first.

Here's where the quite interesting DormNoise business model comes into place.  Rodrigues laid it down for us:  He said it's a per seat revenue model, basically depending on how many students are going to be given access to the platform, the costs can change.  Another option is the sponsorship model, in which a college or university can actually earn money through.  But how? Basically, DormNoise finds sponsors which they place on the front page of a students login.  He said it's "just a logo, not an actual advertisement."  The sponsorship actually would look something like this, "DormNoise would like to thank the following sponsors…" followed by logos.  Eventually, when DormNoise earns enough money to make up for the costs of building the platform for a particular school, it then shares incremental revenues with the university or college.

At the moment, DormNoise has several clients, one of the main schools it mentioned was Newbury College.  Rodrigues said the funding will help his company "go after some big real fish," by advancing its sales and marketing efforts.  He said he'd have more to share later on this month of some up-and-coming exciting clients.

Rodrigues shared, "when raising money it was a battle, but now that we have money, we are definitely looking forward to our future."

DormNoise is an interactive student calendar system that gives students a series of interconnected personal, student group, and campus-wide calendars to organize all of their student events, and lets them sync everything to the most popular calendar applications and smartphones.

By implementing DormNoise, colleges or universities gain access to a feature set that will dramatically improve:

1. Communication on a campus-wide basis 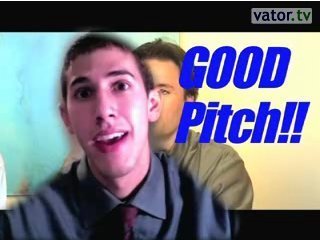