Tips from the newspaper will bring location-based news to users of the trendy startup.

The Wall Street Journal has teamed up with location-based social network Foursquare to offer New York City cell phone users newsy tidbits about the area they find themselves in. The move is one more maneuver in WSJ owner Rupert Murdoch’s ongoing battle to metro market away from the New York Times.

The WSJ’s forays into the tech startup world haven’t always panned out well (MySpace), but this partnership makes a bit more sense, since news is so geographically bound, and Foursquare, which lets users broadcast their whereabouts to friends by “checking in” at restaurants and other venues, is all about people at interesting places.

New York is the ideal place for an experiment in location-based news for three reasons: 1) The city has more stories written about each square inch of pavement than any other place on the planet. 2) Its resident hipsters, living in the media capital of the world, need to be in the know at all times. Pointing out a newsy tidbit about the subway stop you just passed to a business partner as you walk down Fifth Avenue is a good small talk engine. 3) For tourists, brochures have historical information, but New York is all about what happened this morning. More up-to-the minute, “in the know” tour guide has a lot of appeal.

As part of the partnership, the Wall Street Journal is offering three types of badges—status symbols that Foursquare users earn for checking in a certain number of times at given locales. Users can earn the “Urban Adventurer badge” for checking into each of New York’s five boroughs. The Banker Badge goes to users who check-in three times in the financial district. I can’t see these two mattering to anyone outside of the few Foursquare users in New York who are maniacal about amassing badges of any type. The Lunch Box badge goes to those who check in twice at lunchtime to restaurants reviewed in the Journal’s Lunch Box column.

More interesting are the tips users can get when they check in at landmarks. For example, users visiting the George Washington Bridge might see this:

Police were told to stop and search would-be subway bomber Najibullah Zazi's car in Sept. 2009 as he drove up to the bridge—but waved him across without finding two pounds of explosives hidden inside.

This one is pegged to the Cort Theatre:

And this one to The Mark Hotel:

This 83-year-old landmark property's $200 million makeover is facing deep financial woes. Note the top-floor suites, which the hotel is struggling to convert into private residences.

Foursquare has recently announced partnerships VH1 and the History Channel. The company is based in New York and is currently raising what will likely be a hefty venture funding round. 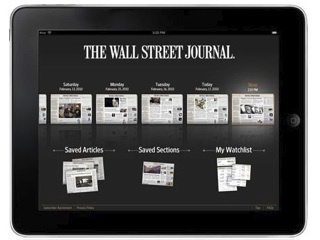