Foursquare, one of the leading location-based applications for discovering, sharing, and generally exploring local businesses, has just signed a deal with Zagat, a restaurant rating guide.

Through an intricate system in which users can earn points and badges by "checking-in" to bars, restaurants, and other businesses, Foursquare has garnered an impressive user base. The service currently sees a million of these check-ins a week. Now, when users check-in to Zagat-rated restaurants, users will earn a special "Foodie" badge.

Additionally, Foursquare recommendations will be supplemented by suggestions and tips from Zagat's own system. Even more interestingly, Zagat plans to initiate an interview series on its Web site called "Meet the Mayor," spotlighting the users who earn the "mayor" title for some particular place in Foursquare.

Zagat and Foursquare will both benefit from this cross-promotion.

"We saw thousands of Foursquare users checking in to Zagat-rated restaurants, and saw an opportunity to present content to them as well as engage them in gameplay," said Ryan Charles, a senior product manager at Zagat.

Foursquare has been basking in new partnerships, with the company recently announcing a deal to work in the game with Bravo TV programs. Other companies like Warner Bros. and HBO may be paying Foursquare to promote shows on their channels. The iPhone app even signed a deal with Harvard to create check-in locations on campus.

With solid partnerships like these continually rolling in at Foursquare's feet, they may be able to hold their own against new entries to the location-based scene, like Yelp, which recently added Foursquare-like check-in features to its own iPhone app. 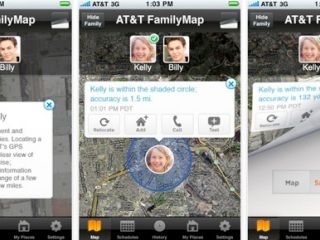