What's going to make the next generation of social games truly successful?

Social games have exploded in recent months.  Companies like Zynga are rapidly growing because of the success of games like FarmVille.  But where is the industry headed and what does it take to build a successful game?

Some of these questions were brought up at the next generation of social games panel over at the GamesBeat conference from GDC in San Francisco on Wednesday afternoon.  Social gaming industry leaders including Brian Reynolds, chief designer at Zynga and John Vechey, co-founder of PopCap games participated in a panel discussion.  Jeff Tseng of Crowdstar and Owen Mahoney, CEO of Outspark were also sharing their insights.

Facebook.  The social network is undeniably the most important element for enabling games to be social.  When a game is built on top of Facebook, it has the opportunity to connect a user with their entire network of friends, thus the first step in getting a game to be truly social.  The panelists all agreed Facebook is an essential element to building a social game.  Vechey of PopCap went so far as to shout out his wishes of every social network and social game to just embrace Facebook Connect as the standard login.

At the same time, Zynga's Brian Reynolds shared his company wants to be "platform agnostic."  He believes Facebook is the top platform, but Zynga tends to go where the social graph is, which also includes MySpace, iPhone and even Facebook Connect as Zynga has a standalone site for its extremely popular FarmVille game.

So at least for now, Facebook isn't going away when it comes to the social gaming space.  But what about the future?  How will startups be able to compete with big players like those companies the panelists represent?

It comes down to several factors, distribution and originality.  Vechey of PopCap reiterated, social gaming is still in its very early days.  So if a developer has a unique idea which can really capture the social gaming audience, there's a good chance the game could go viral.  On the other hand, if a gamer is simply trying to build another clone of FarmVille, that trend has already passed.  A game like FarmVille already has a very committed and attached userbase which a developer should not expect to jump over to their new clone.

On this topic, Jeff Tseng of Crowdstar brought up an insightful, yet slightly disturbing point.  He said all the current 'big guys' in the industry are watching who's growing fast and which apps are breaking out.  These 'big guys' could provide the distribution and infrastructure needed to really scale a game, so if a small-time developer has something really good, it may be best to partner with someone, say like Zynga, who could get you the proper distribution to really help you launch a successful game.  So basically, sell out.

One final and interesting subject that came out of this panel, was the idea that the cost structure of building a social game is changing.  The days are quickly passing by where a small team can build a game in three weeks and explode.  This is due mainly to the fact that games need to keep improving and become more engaging.  Sure, some developers have built a game in three weeks and seen success, but the game evolves and grows with user feedback.

It didn't take three weeks to get FarmVille to where it is now.  It evolved. Zynga's Brian Reynolds says his company uses a metric driven game design as opposed to the traditional game design.  The startup will pump out a game as quickly as possible, distribute it to its audience, and go and optimize each part of the game based on user feedback.

In the end, games are made up of simple parts.  What makes a game great is how those simple parts can interact with one another. 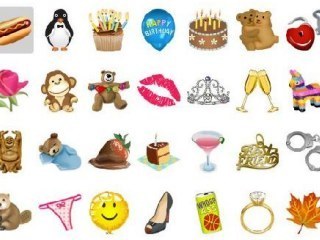 Virtual goods starting to catch on 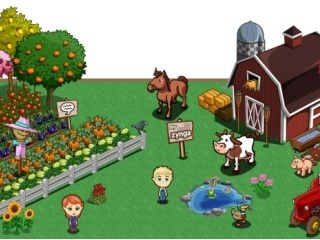 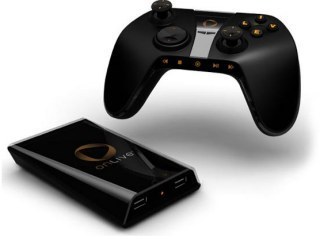