American cultural literacy took a devastating blow today: The Daily Show with John Stewart and the Colbert Report will no longer be available on Hulu come March 9th. Viacom will keep the shows online at TheDailyShow.com and ColbertNation.com, but many viewers will simply be watching more reruns of the Family Guy.

Viacom, which unlike ABC, Fox and NBC is not invested in Hulu, was not able to come to a satisfactory agreement over revenue, so it won’t renew its contract with Hulu when the current distribution deal expires next week.

The inclusion of the shows on Hulu in the first place was a bit of a bold experiment, given that they were previously available only on a paid cable channel, Comedy Central. Hulu, on the other hand, mirrors a broadcast model (money comes from ads, not subscriptions).

The reason most bloggers and news sites give for Viacom’s initial decision to distribute on Hulu is that news shows like Colbert and the Daily Show are only relevant for a very short period of time, so Viacom’s strategy was to maximize distribution within that window. That seems dubious--the same logic would suggest broadcast and YouTube distribution as well. Viacom more likely wanted to conduct a short-lived experiment and knew at the very least it could drastically grow the fan base for Comedy Central’s shows through a temporary stint on Hulu, then bring over their new viewers to Viacom-owned sites where 100% of the ad revenue goes to Viacom.

Either way, the withdrawal is a big ding for Hulu, where The Daily Show and the Colbert Report were the 7th and 10th most-watched shows last week. That may be one reason Hulu SVP Andy Forsell sounded downright deferential in a blog post bidding the shows a “fond farewell.” While the site normally lets distribution contracts expire with no more publicity than a notice to subscribers, Forsell felt compelled to “recognize a couple of our favorite shows that are leaving the service for now, shows that we love so much that we simply can’t let them go without a more public and fond farewell.” There was enough warm fuzzy in the public missive to heat up Vancouver. Forsell left little doubt about Hulu's hopes to win back Comedy Central soon. “They’re a great team and I’m confident that we’ll be working with them in multiple ways in the future … so stay tuned.”

In related news, Hulu said last fall that it plans to introduce a paywall for cable-like business models at some point. 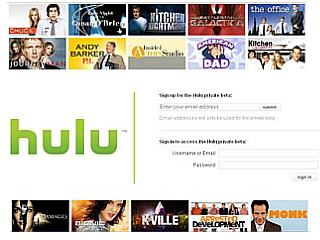