Mark Pincus, CEO of social gaming developer Zynga, just stepped off the stage at Vator Splash, where he shared with the audience his "10 chapters on building a company @ scale."

1. Fail fast
Like any successful entrepreneur, Pincus began his journey with failing "fast and often." Those early experiences may seem like a total waste of time, but inevitably they help shape and hone your vision, preparing you for later success. (See separate Pincus interview on failing fast)

2. Set goals
Eerily citing one of the many messages of Close Encounters of the Third Kind--"we all follow something"--Pincus urges entrepreneurs to know what their real goal is early on. For Pincus, that meant starting a consumer Internet service that would last and really matter. More immediately, he was most concerned with getting profitable early and not being controlled by investors.

3. Control your identity
There comes a point in every entrepreneur's life when it's tough to distinguish if everyone around you is being blind to the future or whether you're just being your stubborn. You may have a great idea, or you might not. Pincus offered the following solution to figure out where you're at:

"Get five or six of your smartest friends in a room and ask them to rate your idea," Pincus said. Ask them, "Would you put your money into this? If they all say no, go back to the drawing board."

4. Find your mission
This step resembles chapter two, except that it applies more to companies that are starting to take off. Knowing your mission is knowing where your company is going: Zynga wants to connect the world through games.

5. Grow great people
"I learned the hard way that you can recruit great people by yourself but once you get to be a 50-100 people company it's hard to stay involved in recruiting and you have to grow fast," Pincus said, describing one of the age-old problems of scaling.

Considering the amount of time Pincus spent on this chapter, one might be inclined to think it the very most important. Growing great people is about building great teams and then empowering them. But guaranteeing the hire of high-quality people can seem almost impossible when you are no longer hand-selecting each new hire. Nevertheless, Pincus restated the importance of maintaining culture and values and suggested slowing down the process by adding friction in the hiring process. The more high-quality people you've got working for you, the more likely they'll make your same demands of other employees.

Pincus closed the chapter by saying again and again how underrated it is to feed employees. Though the company only had 18 people working in its infancy, Pincus claims they had multiple cooks making food constantly. He says to this day that they have fresh snacks put out twice daily.

"I can't say there's any economic justification, but it's worth it!"

"I managed 50 people myself," recalls Pincus about his company in its early stages. "I tried to manage 150 and started to have a total nervous breakdown."

7. Embrace metrics and process
Zynga decided to pull the plug on a game that cost over $2 million to build because metrics were not in its favor. But that's just on the company scale. On the employee scale, Pincus says to have people write down priorities and defend them every week. The next week, go back and reevaluate those same priorities.

8. Keep your eyes on the prize
Does this sound familiar? (See: chapter 2, chapter 4.) Here Pincus spoke about the company getting ever closer to its goals. In Zynga's early stages, he wanted nothing to do with the media because he didn't think it would result in more users or more financing. As the company has grown, however, he realizes that the industry media would shape how consumer mass media wrote about the company, thus affecting the public's perspective on the company. Pincus learned to adapt his views on the media based on what stage his company was at.

9. What's the end point?
Besides Facebook, Zynga is probably one of the companies that most often gets this question: "When are you going public?"

"I always scratched my head and said, 'Why?' Why on Earth would you go public if you want your company to be sustainable and to last? I get really confused why anyone would go public," continued Pincus, before making one of the best one-liners of the night: "I've gone public before. It's not an exit, it's an entry."

10. Staying @ scale
As with every stage in this presentation, Pincus has always been interested in how his company can stay at scale and remain relevant:

"We need to figure out how to make sure social gaming isn't the pet rock of 2009," he declared.

At this point in Zynga's development, the CEO wants to figure out exactly how to make sure his company follows YouTube, Facebook, and Google in the way they have become integral players in the Web experience. And he's already working on answers.

In November, Zynga launched FarmVille.com, a stand-alone site where users who log in to Facebook Connect can play the game. And today Zynga announced a partnership with MSN Games, opening up FarmVille (and likely more Zynga titles in the future) to Microsoft's massive game portal.

Zynga, famous for its wildly popular FarmVille app on Facebook, now has 235 million active users across all its game networks. The 600-employee strong company is rumored to be pulling in $250 million in revenue and recently made headlines by donating $2.7 million in relief funds to Haiti. 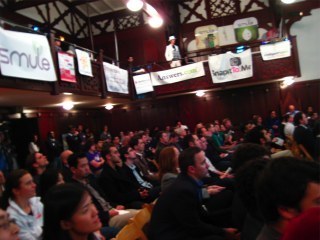 An overview of the Vator Splash finalists 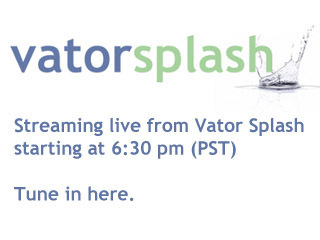 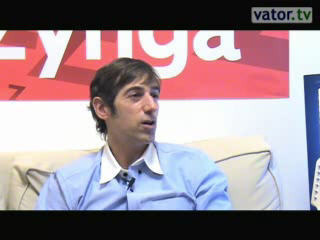 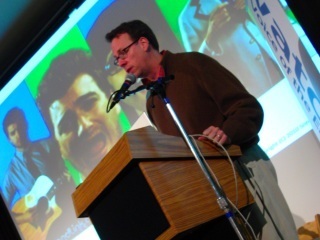 Jeff Smith: "Everything we do is a test"