Bessemer and Trinity join a top-tier group of investors to boost the ondemand labor company.

That pile of busy work sitting in you’re inbox? CrowdFlower wants you to give it to some bored refugees in Africa. The San Francisco-based company, which provides quality-control for online labor-on-demand, just raised a $5 million Series A led by Trinity Ventures and Bessemer Venture Partners.

We wrote about CrowdFlower shortly after their public launch at TC50 in September. The company lets anyone submit repetitive tasks with simple instructions, stick a price on them (CrowdFlower suggests pricing based on time requirement per task—and it’s cheap) and a labor force from around the world stands at the ready for work. Crowdflower ensures quality control by assigning some tasks to several workers, and cross-checking the results. Workers gain credibility over time for consistency.

CEO Lukas Biewald is one of those big-idea types. “We are creating a new global market that will make it possible for everyone in the world to do real, productive work at anytime, from anywhere,” he said. The company has attracted an impressive array of top-tier investors. In addition to David Cowan who led the round for Bessemer (an AlwaysOn VC 100 Winner) and Trinity, existing investors from the $1.2 million angel round include Aydin Senkut, Dave McClure, Freestyle Capital, K9 Ventures, and Quest Venture Partners.

On-demand, crowdsourced labor is not new. Elance and ODesk provide marketplaces for outsourcing work to qualified professionals. What differentiates Crowdflower is the simplicity of the work—it’s designed for mundane, repetitive tasks like judging whether images are pornographic or copyrighted and verifying business contact information against public listings. Good for monitoring user-generated content and checking old business cards. Crowdflower is based on the premise that such jobs shouldn’t involve an involved screening and hiring process.

The types of tasks are manifold, CEO Biewald said in an email interview. “We're trying to build a flexible system that allows for tasks we never thought of […] We worked with an online retailer that wanted to improve/evaluate their recommendation system. So we had users look at apparel and choose what other apparel someone that bought the first item would likely be interested in buying. It's a task that's easy for people but hard for computers.”

The company was founded in December of 2007 and has a slim 12 employees. It plans to grow throughout 2010. 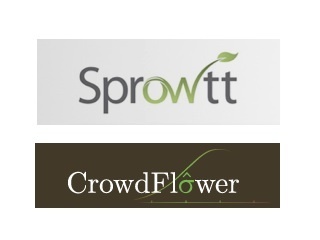