Last year at the Churchill Club Top Ten Tech Trends event, Steve Jurvetson predicted that we would see a flood of companies taking advantage of the aging population. As baby boomers retire, a huge generation of well-educated retirees will be spending lots of time at home, but connected.

Add to that an emerging labor force in the developing world and the new ranks of unemployed in the developed, and you have a lush crop of potential workers rich for an entrepreneur’s harvest.

Having worked at two startups in the Valley, I’ve seen lots of hot-potato labor-dumping; the visionaries get a great idea, the motivated team members jump in to execute… and find themselves occupied with mounds of plug-and-chug that leaves their market knowledge and education under-utilized.

Enter CrowdFlower, which launched yesterday at TC 50. The company lets anyone submit repetitive task descriptions that have clear instructions, stick a price on it (CrowdFlower suggests pricing based on time requirement per task—and it’s cheap) and a labor force from around the world stands at the ready for work. It means that Mr. Independent Contractor starting a business from his bedroom can outsource to India—or wherever—for cheap labor on the spur of the moment.

On the other end of the financial spectrum, Sprowtt is proposing a crowd-sourced solution to the funding drought that’s just beginning in the global Silicon Valley. Taking a page from the Obama campaign, which is fabled to have raised over a million micro-donations of $200 or less, Sprowtt is making it possible—technically and legally—for individuals to help fund green tech companies. They have a number of solutions for big and small donors that work within the existing regulatory framework to allow do-gooders to give to worthwhile—but profitable—companies.

I’m not sure when we scrapped the notion that companies should also provide a charitable service to society and instead divided the world into socially conscious non-profits and “greedy” for-profits, but I like the old way--the two ought to be a false dichotomy. Cool that Sprowtt thinks so too and is making it possible for "the people" supplement our global innovation resources.

Crowd status come about because I (Darren Stuart) wanted a way to view a group of people's twitter statuses. This is a personal project for the moment so don't ask me about business models :p

This is a work in progress so if you have any features you would like to see added please get in touch.

Also if you find this useful please pass it on. You could do this by posting a link to your crowd on twitter. You can follow me @

CrowdSpirit has been created to resolve the problem of popular consumer products taking too long to reach the market place, not always being in tune with the public's needs and being unduly held up trying to find a route to market. Even The Beatles, JK Rowling and the inventor of the wind up radio all had significant problems setting up a supply chain to get their market leading products in front of an adoring public. It is not in the inventor's or the public's interest for it to be so difficult. A joint venture between veterans of the IT and electronics business in the UK and France and Grenoble EM, CrowdSpirit is harnessing the "power of crowds" to allow inventors and adapters of technology to take their products to market via a collaborative distribution channel which overcomes many of the difficulties that inventors have faced in the past. Furthermore this distribution channel provides opportunities for inventors, developers, distributors and manufacturers to contribute at different stages to enable the supply chain. 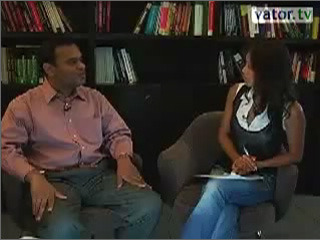 Mining the wisdom of the crowds through widgets - 1:1 Interview with Minekey CEO & Founder Delip Andra