It was a tough year for the 2009 venture capital industry. VCs had just invested $14.6 billion into startups for the first three quarters of the year, down from more than $25 billion in the same period a year ago, and well off the run-rate of the $31 billion invested in 2008, according to VentureSource.

Importantly, investors in venture firms are hurting for returns with the exit markets barely active. Acquisitions  of VC-backed companies were valued at $9.1 billion in the first nine months of the year, down 55% from $20.5 billion in the same period in 2008.

How will the venture industry evolve to adjust for the fact that investors are hesitant to fund the coffers of many VC firms, that in turn have to invest in tomorrow's winners?

I asked Howard Hartenbaum, a venture capitalist at August Capital, a Silicon Valley firm that raised a $650 million fund in the first quarter of 2009, the largest VC fund (out of 40 that raised funds) to be raised in those three months, according to Thomson Reuters and The National Venture Capital Association.

This is the third segment of our interview series.

See second interview: How to get funded by Howard Hartenbaum

"The venture business has been cyclical," said Howard. "We had fantastic times...[but] we’re back into another down cycle."

Six year or eight years from now, however, some of the companies getting funded now will be very large successful companies that will justify the investments that VCs are making today, he explained. And, if Facebook goes public in 2010, this event will create some great returns for some investors, and currency for Facebook to create exits for other smaller startups.

All this said, there are still too many VC firms out there, Howard said. There needs to be a winnowing effect that he predicts will take place over the next several years.

But which firms will survive and which ones won't? Watch my interview with Howard for more details.

(Note: Howard will also be one of the VC panelists in Vator's American Idol segment called Splash Box at the VatorSplash event on February 4. Check out the agenda and register here.) 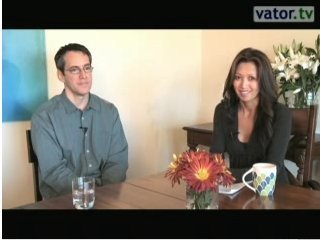