Launched only 15 months ago, the App Store is the largest application store in the world

Apple announced another milestone on Wednesday.  Its popular App Store now holds over 100,000 applications, securing its place as the largest application store in the world.

The announcement doesn't only serve as an indicator that Apple is in the lead among other platforms like Nokia's Ovi, Blackberry's RIM, Google's Android and too many others to name.  But also proves out the ecosystem Apple has built for all the small companies and application developers contributing to these numbers.

Since Apple's launch of the App Store just 15 months ago, users have downloaded over two billion applications in categories ranging from games, business, news, and many others.  Recent reports by Mobclix shows that the top category is still games.

Take Smule for example, a developer which has been putting out music-themed games like Ocarina and Leaf Trombone.  The company recently released an application called I Am T-Pain that lets users sing into the iPhone/iPod Touch microphone and sound like a popular hip hop superstar.  The application is seeing 10,000 downloads a day and isn't one of the free ones, it actually sells for $2.99.  It's application Ocarina sells for $0.99 and has been downloaded over a million times.  Jeff Smith, CEO of Smule commented, "The App Store has given us a unique opportunity to create and grow a very successful business, and we’re looking forward to an exciting future."

But with 100,000 applications in the store, unless you're in the top 25 listed Apps area of the store, it may be easy to get lost in the clutter.  Apple announced it has addressed this issue by adding new features like Genius for Apps, App Store Essentials and sub category listings.

There are over 50 million iPhone and iPod touches in the market.  With numbers like these, it's no wonder App developers around the world are choosing these platforms instead of the many others out there.

And Apple just a few weeks ago reported its most profitable quarter ever with record Mac and iPhone sales, posting a revenue of $9.87 billion. 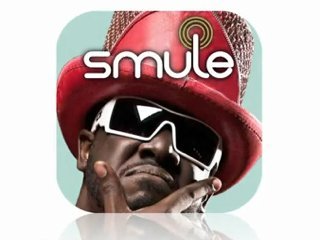