Netflix on way to PS3

Sony and Netflix announce partnership, another step towards Internet television

If you don't have an Internet enabled television just yet, there are alternatives to streaming video without having to hook up your laptop your TV.

Online movie rental service, Netflix announced on Monday a partnership with Sony to stream movies free of charge to subscribers.

Basically anybody with a PS3 and an $8.99 Netflix account will be able to stream movies and shows on their PS3.  Sony said there's about nine million PS3 units in the US and Netflix recently reported it had 11.1 million subscribers as of last month.  That's going to be a lot of streaming.

For Netflix this is great.  This gives the company another distribution channel for its "Watch Instantly" service.  "Watch Instantly" allows subscribers to stream movies to their computers.  It's also already available on PS3's biggest competitor, the XBox 360 and several other devices.

Sony believes the partnership will help its PS3 be seen as the most complete entertainment system on the market today.  Besides gaming, the device is also a Blu-Ray player.  Jack Tretton, president and CEO of Sony Computer Entertainment America said, "Whether you want to watch content on Blu-ray disc and DVD, download it from the PlayStation Network's video delivery service, or stream videos instantly from Netflix, the PS3 system is the only solution that offers it all."

But it's not as easy as a click of a button to get the movies streaming.  Unfortunately, Netflix members will have to put in a disc in their PS3's which reveals movies and TV shows they can watch.  The disc will be delivered for free, leaving users uanable to "instantly" watch movies until they get it in their mailboxes...shouldn't this be downloadable? 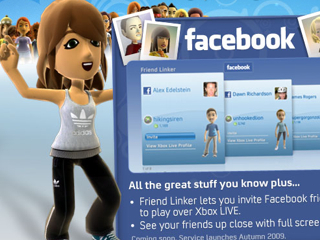