A survey of over 9,200 Internet users by Interpret has found that Twitter users are more likely to interact with ads and sponsors than users of any other social networking sites.

According to Interact’s report, 24% of Twitter users versus 12% of users other sites review and rate products in online stores. Likewise, 20% of Twitter users will visit company profiles, nearly double the number of other users. Finally, when it comes to advertising or other forms of sponsored links, Twitter users are more than twice as likely to click through to the content, 20% against 9%.

Determining the source of these discrepancies is tricky, as user motivation for clicking on ads and company profiles may differ wildly from user to user, based on their own preferences. One might guess, however, that it ultimately comes down to Twitter’s utter simplicity. Instead of interacting with various parts of a multi-dimensional Web site (like photos, games, chat on Facebook), users instead merely search for their interests, peek at trends, and read posts on their feed.

Interact’s report comes at a curious time, with the San Francisco-based social networking site very close to closing a $100 million round of new funding. The fundraiser, which is expected to be finalized in the next week, will include new contributors to Twitter like T. Rowe Price Group Inc. and private-equity firm Insight Venture Partners, who will be joining return investors Spark Capital and Institutional Venture Partners.

Right now, these investors value Twitter at upwards of $1 billion, in spite of the fact that the site currently operates ad-free and without any other revenue model.

In spite of Interact’s findings and news of Twitter’s ever-swelling valuation, the site won’t be carrying advertising anytime soon, either. “Any kind of approach toward advertising is going to be a while,” says co-founder Biz Stone. Leaving out any possible leads into advertising coming in 2010, Stone adds, “we're not thinking about that just yet.”

It’ll be interesting to see, once the site finally does implement advertising, how Twitter takes advantage of its apparently highly unique user base. 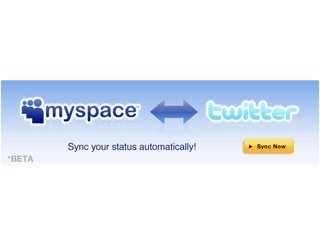