Ed Zander, former President of Sun Microsystems had Sun's new parent in the hotseat for an hour. Zander, who was also CEO at Motorola and is credited with the success of the Razr, introduced himself as the man famous for saying in a discussion over Apple, "Screw the Nano. Who would ever listen to a thousand songs?" earning him a spot on Wired's Dumbest Things Ever Said List. Zander's self-deprecation offered a counterbalance to his subject throughout the night.

Oracle is 32 years old, and Ellison has been at the head since the founding four-member team set down their goal of creating a database company that would one day have 50 employees. The pending acquisition of Sun will bring the tally to 105,000. He said the goal of the Sun acquisition is to p

osition Oracle to compete on all fronts with IBM. "We already beat IBM in databases. We want to beat them in systems, if people will let us." The acquisition has been approved in the U.S. but is still undergoing anti-trust review in the Europe. At issue is MySQL, the dominant database company acquired by Sun in January of 2008. "MySQL and Oracle do not compete," Ellison insisted. "They address different markets."

Zander struck a chord when he brought up the threat of cloud computing. If companies no longer need their own databases, Oracle, it's thought, could lose business. "Are you at risk in terms of revenue streams?"

"The Cloud's water vapor," Ellison shot back. "My objection to cloud computing is that it's not only the future of computing; it's the present and it's the entire past." His naturally red faced turned a shade deeper as he slid into his groove. "If there is no hardware or software in the cloud we're screwed! [...] What are these guys talking about?! I mean, what do you think Google runs on?!" Zander's impish smile filled his face. "Give it back to these nitwits on Sandhill Road."

The PR rep next to me leaned over. "Here's your story."

Perhaps for the sake of Ellison's blood pressure, Zander moved on. The prognosis for the economy was not good. Some predict a V-shape or a W-shaped recovery, others a U-shaped curve, Ellison said. "It's going to be an L-shaped recovery. Down and stay there. I really believe that." The combination of American consumer debt, increased government spending, higher taxes, and cap-and-trade-induced tarriffs didn't bode well, he mused. "I voted for President Obama. I'll kind of confess that right now... I'm surprised at how much spending there is." In a rare moment of word-searching, he seemed to apologize for his vote.

Asked whether another Oracle could be founded today, Ellison directed entrepreneurs away from computing, noting that consolidation and slowing innovation in the sector will leave a small number of companies competing. "The last big IPO was Google. Facebook is kind of interesting," he searched, unenthusiastically. Instead, he proposed biotech as the next best bet for high-growth entrepreneurs. 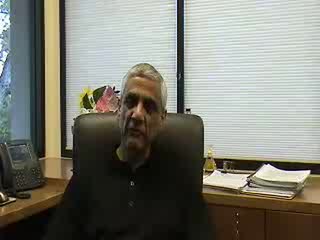