Walmart.com will now be allowing third-party retailers to sell their items through its site. The launch of the Walmart Marketplace, announced yesterday, greatly increases the quantity and diversity of products available through the online store with the addition of one million new items.

Enabling other vendors to sell goods through its site, Walmart.com has officially entered the e-commerce market in direct competition with two of the biggest online hubs for third-party retail, Amazon and eBay.

How big a threat is Walmart.com’s announcement to its new competition?

In 2008, Walmart.com, with $1.74B in sales, was named the 13th-largest US online seller for the year, according to rankings by Internet Retailer. In the second quarter, Walmart saw 63% of Amazon’s traffic and 59% of eBay’s traffic.

But that was a year ago.

With the launch of the Walmart Marketplace, Walmart.com will undoubtedly see a jump in traffic and in revenues. Though eBay was, for a period, the number one stop in the e-commerce market, high demand has seen the market bloom into a multi-channel environment filled with big players like Amazon and, now, Walmart.

At the same time, Walmart’s channel will differ from Amazon and eBay in one fundamental aspect. While Amazon and eBay allow pretty much anybody—from regular users to actual businesses—to sell through their platforms, Walmart.com says it has picked a “select group of retailers” based on their reliability and the quality of their products.

Though more retailers will be added over the next year, the Walmart Marketplace right now will be hosting CSN Stores, eBags, and Pro Team.

Ultimately, however, it is up to the customers to decide on whose customer service is superior. Interestingly, in a ranking of the top 100 e-commerce sites, eBags ranked in the bottom 20 for customer satisfaction, according to J.P Morgan research. We will see how much Walmart benefits from having a closed third-party marketplace, in comparison with the open markets already out there. 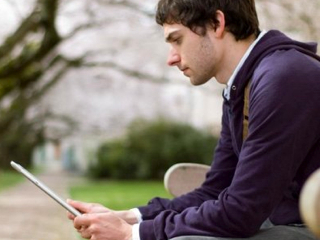