The deal values Skype at $2.75 billion, separates it from an awkward living condition

Ebay today announced a definitive agreement to sell Skype. The deal values the world’s hottest VOIP company at $2.75 billion. An investor group led by Silver Lake and including Index Ventures, Andreessen Horowitz and the Canada Pension Plan (CPP) investment board will control approximately 65 percent of the company. EBay is expected to receive approximately $1.9 billion in cash and will retain 35 percent ownership. The transaction is expected to close in the fourth quarter of 2009.

The fact that Om Malik says eBay stockholders should be furious, while Larry Dignan and eBay CEO John Donahoe thinks it’s a great deal for parent company means whoever wrote the final terms probably did a damn good job.

EBay bought Skype in 2005 for $3.1 billion, a move that confused pretty much everyone. When it failed to deliver on the promise of mysterious synergistic value that included letting eBay buyers and sellers talk to eachother, eBay took a $1.7 billion dollar write-off on the deal.

In a statement, eBay CEO John Donahoe said what we’ve all known for the last four years: “Skype is a strong standalone business, but it does not have synergies with our e-commerce and online payments businesses,”  … and  we’re stoked to get out of this with a good chunk of cash and a piece of the upside pie: “We’ve acted decisively on a deal that delivers a high valuation, gives us significant cash up-front and lets us retain a meaningful minority stake with talented partners.”

In April, eBay announced plans to separate Skype and positioned it for an IPO in 2010, obviously in hopes of attracting acquisition bids.

Despite it’s awkward living conditions, Skype has done well. In 2008, it generated revenues of $551 million, a 44 percent increase compared to 2007 and registered Skype users reached 405 million by the end of 2008, a 47 percent increase from 2007.  It’s good to see the company unfettered and ready to fly.

eBay gets a discount on Skype as management shuffle continues 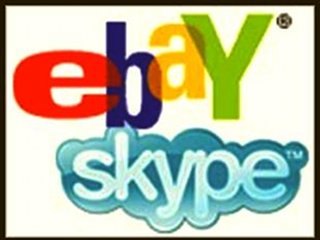