It’s basically standard protocol at this point for any company that wants its brand known to integrate itself with the best social networking sites out there, like Facebook and Twitter. What isn’t so common is consistent content being shared through their profiles on those sites.

German car company Audi, however, wanted a creative way to share with its 300,000 Facebook fans its participation in Youth Mobile 2030, a competition in which the Audi Team and various others are trying to think up the best youth-oriented concept car for the year 2030.

The luxury car company turned to an online video production, advertising, and distribution business, TurnHere, to manufacture two videos in which Audi engineers give their own perspective on the future of their company’s car lines.

"Video is a powerful way to experience the Audi brand and the passion of our design team. We wanted to show our Facebook fans that we’re committed to creating automobiles that fit our changing lifestyles; and having this conversation with them is a critical part of that process,” said Brad Stertz, Manager of Corporate Communications for Audi of America. "TurnHere did a great job of capturing that passion and desire in an authentic way that lets our designers start the conversation online among our fans.”

TurnHere, comprised of 8,000 professional filmmakers across 70 countries, marries a video production team with a group of advertising veterans with the aim of cranking out professional-grade videos for other businesses. Its clients are companies looking to market themselves through high-quality online videos. TurnHere appears to already be making a name for itself with its inexpensive but solid videos.

At the beginning of the month, for example, we reported that TurnHere was rolling out a series of ‘neighborhood vignettes’ to be featured on Weichert Realtors’ Web site for customers to get a picture of the cities in which they were considering moving to. Those dynamic videos successfully portrayed the personality of various towns.

TurnHere’s latest partnership with Audi, and its distribution through Facebook, affirms the brand’s consistently quality productions.

TurnHere, Inc., produces Internet video for a variety of businesses across the globe including media, real estate, small businesses, travel and financial services. Our 2,000 filmmakers shoot and produce Internet videos in more than 50 countries that emotionally engage viewers with compelling, authentic stories. With deep backgrounds in media and video production, our in-house team of producers work with our partners on creative treatments and leverage the talent of our filmmaking network. We help our partners distribute their videos across the Web to a variety of partners including Google, Yahoo!, AOL and MSN. Founded in 2005, the company is privately-held and based in Emeryville, California. 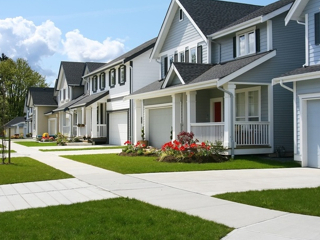