Startup is building an Internet focused OS, optimized for Netbooks, kind of like Chrome OS

Late yesterday evening, Google announced its new open-source, netbook optimized, operating system- Google Chrome OS.  Well, it’s not the only developer in this space coming out of the closet.

Jolicloud, a Paris, France-based startup working on something quite similar to Google, has landed $4.2 million in Series A funding led by Atomico Ventures, in conjunction with Mangrove Capital Partners.

Tariq Krim, founder and CEO of Jolicloud argues, “Traditional operating systems find their roots in the late seventies and are built around software. But today, 90% of our computing life is on the Web. Jolicloud was built with Web users in mind."

Which ends up making perfect sense in this Internet age, where many of the daily tasks we go through are completed up in the cloud.  Jolicloud’s goal is to transform netbooks into sophisticated Web devices that tap into the cloud to provide free, open and easy access to Web applications.  As you can see below, Jolicloud works sort of like the iPhone, where users pick and install which apps they would like to run on their OS – below take note of Gmail, Skype, Twitter, Boxee and Facebook Apps.

Jolicloud plans to use the funding round to accelerate development of the product, launch a developer program and expand its global network of partners.

With netbooks quickly on the rise as small power efficient computers that focus on running the Internet instead of native software, we’ll be sure to be hearing more from Jolicloud, Google Chrome OS and let’s not forget Intel’s Moblin project. 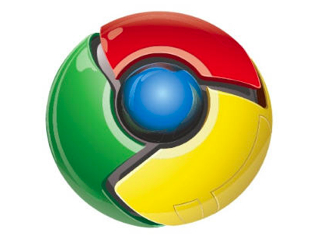