Break down tactics into means, motives and opportunity

I’ve been posting on what Facebook could do to increase its sales of digital gifts, breaking down tactics into three categories, Means, Motives and Opportunity. We’ve covered Means and Opportunity, and today we’ll address Motive.

Let us start by understanding the motives of gift givers. Gifting serves the same purposes on Facebook as it does in the real world. Firstly, it serves to strengthen social ties. Secondly, it serves to draw the receivers attention to the gift giver. Facebook can increase motivation for gift giving by playing into these two familiar behaviors, looking to the real world for conventions that can easily be borrowed.

One of the strongest conventions of gift giving is reciprocity. It is awkward to receive a holiday card from someone that you did not send a card to. So too with virtual gifts. But right now it is difficult to know who has given you a Facebook gift. Since virtual gifts are given with the context of the wall, the wall is the best place to highlight gift giving. If each time I visited a friends wall I could prominently see what gifts that friend had given me, that would increase the pressure for me to buy a virtual gift for my friend to accompany my wall posting, especially so if it was a gift giving occassion (such as a birthday, holiday etc). Of course the opposite is also true - if a friend had not given me any virtual gifts you would not want to highlight that at the point at which I was considering whether to give a gift myself.

Gift giving is strongly influenced by immediate social norms. If I were to show up a dinner party empty handed when all the other guest had brought a bottle of wine, I would also feel awkward. People look to the behavior of others to see what is appropriate for their own behavior. Once again, the wall is the right place to highlight this. Right now the wall displays all postings in reverse chronological order. Since a new wall posting appears on the top of the wall, you will only see the most recent postings on your friends wall, many of which may not have digital gifts attached. What if the top postings on the wall were those with virtual gifts attached, and then reverse chronological order after that? (Perhaps with some time limitation, so that top posts would be virtual gifts received say in the last week). This would create a sense of social pressure to a visitor to the wall who would see virtual gift giving as a social norm. This will be especially effective around traditional gifting occasions as before. By highlighting desired behavior, you can influence social norms in the direction that you want.

Drawing Attention to the Gift Giver.

Facebook can be a noisy environment. On your birthday you can receive 10s and even 100s of birthday well wishes. That is a lot of messages to sort through, and often these wishes are not responded to individually due to the volume. How can I make my well wishes stand out from the rest? How can I show how good a friend I am or how much I care? One way is to attach a virtual gift. Because the gift is not free, the very act of attaching a gift serves to differentiate my message from the rest. This is visible not just to the recipient, but also to all other visitors to the profile. Facebook could makes product changes to make this differentiation more prominent. One way would be to “pin” gifts to the top of the wall for some period, as noted in the preceding paragraph. Another would be to similarly “pin” gifts received to the top of the News Feed page for some period, ensuring that the gift is noticed and emphasized to the recipient. Finally, having a small profile picture accompany the gift, instead of just the name of the giver on the News Feed would serve to further draw attention to the gift giver.

Building from this approach, gift giving draws attention but it currently cannot draw gradations of attention. The absence or presence of a gift is the only distinction because all gifts currently cost the same (with the exception of free sponsored gifts). If Facebook were to provide gifts of different prices and levels, this would enable a gift giver to express their interest in a more nuanced way. One problem with implementing this approach on Facebook is the sheer volume of available gifts. There are over 300 Facebook gifts available today. It will be hard, if not impossible, for a gift recipient to tell what is a more valuable gift versus a less valuable gift just by looking at the gift. HotOrNot’s Meet Me solved this problem by starting with a small range of gifts with value tied to a conventional scale; flowers, ranging from the least valuable daisies to the most valuable red roses. Given the profusion of gifts available on Facebook today, Facebook would need to find some other way of demonstrating value to a recipient than relying on the image itself. Perhaps it could show the point value of each gift when the gift displays. But that is a bit crass - it is like leaving the price tag on a gift.  It may need more creativity to make this obvious. Facebook could change the background color of the gifts according to a scale of value that is well enough understood: perhaps white - bronze - silver - gold? This would allow for the current large range of gifts but make it easy to tell at a glance the gradations of value.

Obviously, allowing gifts to have a range of prices will increase the average sales price of gifts, hence increasing revenue from digital gifts sales.

Looking at gift givers motivations is only half the story. The other half of the story is the gift recipient. What are their motivations?

One simple dynamic to increase gift recipients’ motivation to receive gifts is to make gift getting competitive. Keep track of how many gifts have been received and display this prominently. This could be done on the profile page; in the same way that number of friends is tracked and thumbnails of friends shown, number of gifts receieved and thumbnails of gifts received could also be shown. Or it could be made even more explicit with leaderboards for the people who have received the most gifts. The power of displaying metrics to drive behavior is well documented by game designers. (If you haven’t read Amy Jo Kim’s work on game design for social environments, you should). Once people want to receive more gifts, they will start acting in ways that encourage gift giving, whatever that might be.

Game design provides a second possible mechanic to induce gift recipients to want more gifts; collecting. Gifts are all treated the same right now. If Facebook were to offer awards and achievements for getting “sets” of gifts, you would most likely see some users work very hard to collect gifts to complete those sets. PackRat has shown just how powerful and addictive collecting behavior can be on Facebook. Facebook could for example offer a free [birthday cupcake] to give to someone else if you were given five [birthday cupcakes], or put a custom Christmas skin on your wall if you received 10 Christmas themed gifts.

I believe that through increasing the motivations of gift givers and gift receivers, Facebook could see a more than doubling of their virtual gifts revenue.

What do readers think? 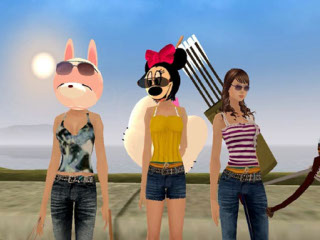 How to build a virtual goods product