Despite the troubles in the economy, the mobile industry is as dynamic as it has ever been.  The changing landscape creates significant opportunities for entrepreneurs and should deliver exciting products and services to the consumer.

Here are our predictions for what’s to come in mobile in 2009:

1. The iPhone’s impact is not directly due to iPhone usage.

With all the buzz around the iPhone and its great stats, people might question this. However, I think 2009 will show that it’s not iPhone usage that will have the greatest impact on mobile but the wave of iPhone/appstore-like offerings being created by Apple’s competitors. Apple showed the device manfuacturers that sell the vast majority of the world’s phones how to rethink the phone from the ground up to make sense for data and apps and that will be the iPhone’s biggest impact on the industry in 2009.

A number of other large players like Google/HTC, RIM, Samsung, LG and Nokia are each coming to market with multiple offerings that have large high-res touch screens and in several important cases app stores that facilitate mobile content discovery and payments. The number of iPhone-like products by the end of 2009 should outnumber the iPhone. Despite the down economy and people watching their pocketbooks, expect the growth of these more expensive smart phones to be a real bright spot for the mobile industry. Choice and competition is a great thing for consumers.

Well, what else would you expect with all those iPhones and iPhone-like phones out there? These networks were designed for voice not for data and the stress placed on these networks with this new generation of phones will be significant. Areas that will continue to see innovation will include the access part of the network which will make use of intelligent smaller cells and which will leverage wifi where possible. The backhaul portion of the network will also be ripe for innovation. In a year where telecom spending is likely to go down, we would expect spending on key stress points like backhaul to continue to grow.

3. Mobile app/wap business models are put through the crucible.

All this change will create a lot of opportunity for the right mobile startups.

(For more from Jeremy, see his blog) 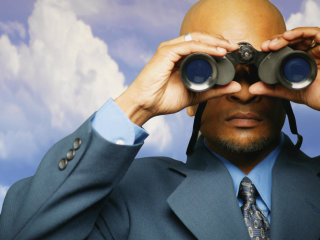