Want to see how much negotiating power Yahoo will have in any talks with Microsoft?

Take a look at what Microsoft CEO Steve Ballmer did to Yahoo's stock today simply by saying he's no longer interested in an acquisition, but is interested in a deal for the Internet giant's search business.

Ballmer pushed them down 18%, a day after they'd risen 11% on news that Jerry Yang would give up the CEO post.

The only thing Ballmer needs to do to pay less for all or part of Yahoo is voice a lack of interest.

This is like going to your local grocery store to buy fish. But instead of going right to the seafood department and paying, let's say, $8 a pound, you stand outside the store for a week with a sign that says, "This store sells spoiled seafood." Then go back in and pay $4 after scaring away all other customers.

And since this is the most Machiavellian form of free-market capitalism -- high-stakes deal making -- Ballmer can take his time in any talks, knowing that Yahoo's keeps getting weaker.

Every quarter, Yahoo is losing market share in search advertising to Google.

Every month, as the economy keeps tanking, advertisers are going to switch more dollars to search and away from display, a market Yahoo has long led.

And the Department of Justice has already nixed a search pact between Yahoo and Google. That gives Yahoo few alternatives than going back to Microsoft for a deal.

Today's stock drop won't just hurt those who bought Yahoo stock in hopes that Jerry's Yang exit as CEO would make a Microsoft deal more likely. It's also going to make it harder to find his replacement.

Who wants to take a job where the main thing you can do to boost shareholder value is to negotiate a deal with Microsoft -- while holding a much-weaker hand?

Don't be surprised if the list of candidates the Yahoo board gets from its executive search firm is a bit short. 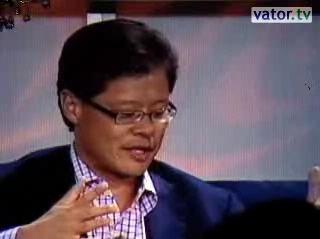