Yahoo CEO and co-founder Jerry Yang was one of the headline fireside chats at the Web 2.0 Summit in San Francisco.

John Battelle, founder of Federated Media, interviewed Yang on stage this evening, probing him about the Microsoft deal, suggesting that it was Jerry's ego that got in the way of a deal happening between Yahoo and Microsoft.

"People who know me know I don't have an ego about remaining independent or not," said Yang, who all but flat out said that he'd very much like Microsoft to re-consider making an offer for Yahoo.

"The best thing for Microsoft is to buy Yahoo," he said, adding, "they walked away.... we were ready to negotiate."

Additionally, he takes blame. "It was not meant to be... both sides are to blame," said Jerry.

Whether anything happens with this deal is a toss-up. But now that Google's search ad partnership is terminated, it's likely Yang won't be a stickler on a price above $35, or even $20. 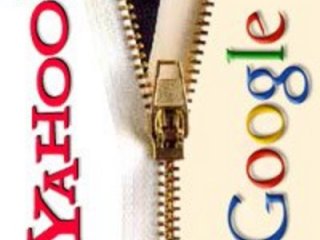