Neilsen Mobile recently reported on US 2008 Q2 mobile phone usage. They find that the number of calls made per month averages 204 across all users but does not vary all that much with age between 13-54: 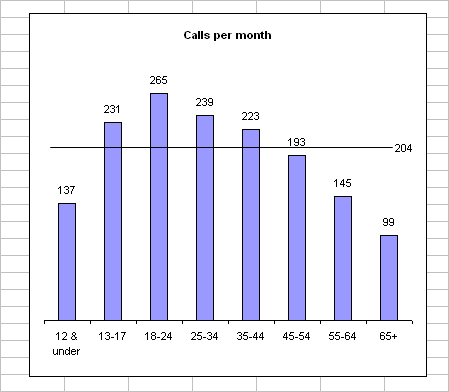 On the other hand, as stereotypes would suggest, teens drive by far the highest number of text messages per month. Although the average across all users is 357, there is very high variability: 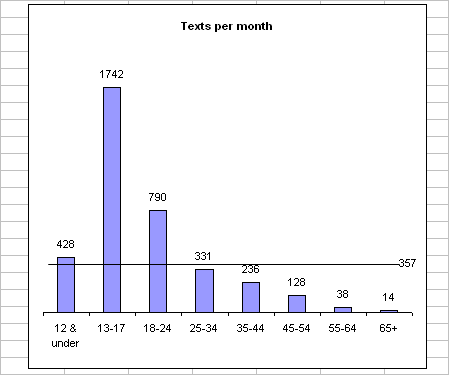 To read more from Jeremy, visit his blog.