Most recently, Founders Fund, had a nice liquidity event for one of its portfolio companies - Powerset, which sold for $100 million to Microsoft. And, it looks like Founders Fund, started by former PayPal executives, will have a pretty good track record for exits when it comes to its current portfolio, which includes Slide, Facebook, Zivity, Quantcast, and now Clickable (with the just-announced $14.5 million round raised). Founders Fund continues to look for new ideas. Last year, it raised $220 million for its second fund. Brian Singerman, a VC at the firm, stopped in to talk about what he and his team are looking for in ideas and entrepreneurs.

The firm likes to invest in the "consumer Internet," and be "first-money in," said Brian. But recently, the company has tried to diversify and look at different models and invest larger chunks.

"The cool thing is nothing is too crazy," he said. Typically, Founders Fund will invest half a million to $1 million. But "we'll go up as high as we need to," said Brian.

One of the areas that's most interesting for Brian is companies that can figure out how to monetize engagement. "There's a whole bunch of sites that engage," said Brian. Being the solution provider to help monetize those engagements would be a big business, he added. (One company that fits into this space is Nuconomy. Check out the Vator Box segment, where Brian is our guest host and discusses his views on this analytics/monetization company.)

Brian also talks about the type of entrepreneurs he'd invest in. He said he looks for entrepreneurs who are confident enough to think in billions rather than multiple millions. The common mistake entrepreneurs make is "selling their business short and not thinking big," he said.

So, how do you connect with Brian? Put your company profile on Vator (public or private) and ping him here.

(Editor's note: Peter Thiel, who started The Founders Fund, is the lead investor in Vator.tv)

Clickable is an online solution that makes search advertising Simple, Instant and Profitable. Clickable’s immediate activation and intuitive user experience make it easy for marketers to manage performance across all major ad networks, including Google, Yahoo and Microsoft. Clickable’s powerful recommendations and reporting make marketers more efficient, effective, and confident – even at the very first login. Clickable’s ActEngine actually learns marketers’ preferences and enforces best practices to maximize return. Clickable always listens and constantly improves. That’s why customers often say: “Clickable is like having a trusted advisor always by your side ensuring success.”

For ad networks, Clickable offers growing access and scale to thousands of advertisers and agencies, while providing parity with all major ad networks. Simply “Clickable enable” your ad network to grow customer loyalty and market share by integrating with the one platform where advertisers manage all premium networks. 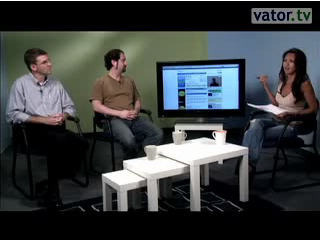 On file sharing and socializing the inbox 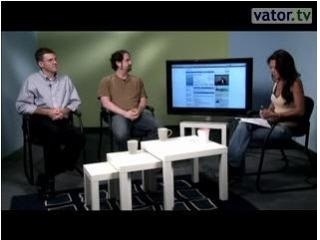