Facebook and Zynga on Tuesday announced that they have entered a five-year partnership that somehow involves the expansion of Facebook Credits in Zynga games.

With 230 million monthly active users playing hit games like FarmVille, Mafia Wars, and, most recently, Treasure Isle, Zynga is without a doubt the most prominent third-party developer of social games on Facebook.

Since Facebook has registered at least 400 million users, we can safely assume that half of those users are playing Zynga games.

Naturally then, both companies have been in talks for months to decide on an appropriate relationship between the two that could benefit users, which ultimately culminated in today's announcement.

It's been known that Facebook and Zynga have had a shaky relationship over the past few months, as Zynga has not been satisfied with the 30% cut that Facebook takes from Credits used to purchase in-game virtual goods. Already a profitable company in 2009, Zynga raked in more than $100 million in revenue last year. According to Jeremy Liew of Lightspeed Venture Partners, estimates of the social gaming company's annual revenue now range between $240 million and $600 million. Taking into account a 30% cut on these revenues that goes directly to Facebook, we can see how Zynga would want to stir things up a bit.

Not only that, but if Facebook is pulling in such a large fraction of Zynga's millions, then the social network must necessarily concede to some of Zynga's wishes. Zynga definitely had some weight to throw around in these discussions.

Unfortunately, official details on the deal are incredibly scanty. Neither company would comment on this story.

The press release amounts to little more than the announcement of an official relationship and quotations from both parties saying how happy they are about the deal.

Like all other third-party developers, Zynga will not, for the time being at least, be immune from the 30% fee on Facebook Credits. In fact, the press release states that the deal "expands use of Facebook Credits in Zynga’s games."

Therefore, we should probably expect changes in the coming months that will reveal just how Facebook will morph Credits to better suit both the company providing the platform and the third-party company developing the applications.

PALO ALTO, Calif. and SAN FRANCISCO, May 18 /PRNewswire/ -- Facebook and Zynga announced today that they have entered into a five-year strategic relationship that increases their shared commitment to social gaming on Facebook and expands use of Facebook Credits in Zynga's games. The agreement provides a solid foundation for both companies to continue to work together to provide millions of people with a compelling user experience for social games.

"Facebook was a pioneer in opening their platform in 2007 and in just three years tens of millions of Facebook users play our games everyday, from FarmVille and Cafe World to Treasure Isle and Mafia Wars," said Mark Pincus, founder and chief executive officer at Zynga. "We are excited about Facebook's long-term commitment to social gaming and Zynga, and look forward to working with them and other platform providers to bring the best social gaming experience to users worldwide."

"We are pleased to enter into a new agreement with Zynga to enhance the experience for Facebook users who play Zynga games," said Sheryl Sandberg, chief operating officer at Facebook. "We look forward to continuing our work with Zynga and all of our developers to increase the opportunities on our platform."

Zynga is currently testing Facebook Credits in select games and will expand to more titles over the coming months. Terms of the agreement between Facebook and Zynga were not disclosed.

Founded in February 2004, Facebook's mission is to give people the power to share and make the world more open and connected. Anyone can sign up for Facebook and interact with the people they know in a trusted environment. Facebook is a privately held company and is headquartered in Palo Alto, Calif.

Zynga has over 230 million monthly active users playing its games. These games include FarmVille, Treasure Isle, Zynga Poker, Mafia Wars, YoVille, Cafe World, FishVille and PetVille, which are available on Facebook, MySpace, Yahoo! and the iPhone. Through Zynga.org, Zynga players have raised over $3 million for world social causes. Zynga is headquartered in Potrero Hill in San Francisco. 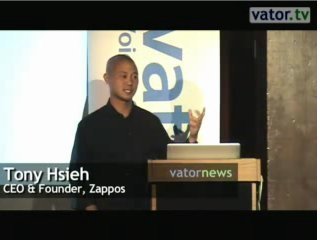 How to build a billion-dollar company culture 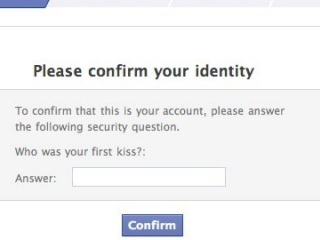