It's not just about 'spending less,' - it's about knowing what 'not' to spend on

I met Eric Ries, who's hosting his Startup Lessons Learned conference this Friday, about 18 months ago in San Francisco. At the time, the former CTO and co-founder of IMVU was still at the 3D social network company, but he was slowly spending time mentoring entrepreneurs, like myself. This is when I first heard about the "continuous deployment" methodology he promotes in building a technology today.

Essentially, continuous deployment is a process that allows companies to make quick technology releases. The way he explained it to me made me visualize building blocks. Using building blocks meant you could deliver on a standing structure faster and tear down segments without taking everything apart.

This is a simplified approach. But it was the reason I grew to enjoy reading Eric's perspective and became a proponent of quick releases, which at the time Vator was not accustomed to. Much of what Eric preaches is actually contrary to the typical, 'swing-for-the-fences" mentality in Silicon Valley.

Today's startup has it much easier. They can build and iterate quickly on a lot less money.

This is what Eric writes about: How to build a company on a lot less, or how to wisely spend the money you have. And, his writings are a great read. In fact, his VatorNews channel on VatorNews is among the most popular in our section, called "Lessons Learned."

In the first part of our four-part series, Eric talks about the principles behind his "lean startup" philosophy. I explained that this lean startup conference reminds me of somebody wanting to build an entire conference or author a book on losing weight. Some naysayers would say the way to lose weight is to just stop eating. It's as simple as that. In like vein, in order to stay lean, one should just not spend money, right?

Well, yes. And, no. "It's not about how much money you spend, it's what you spend your money on," he said.

You'll have to listen to the rest of the interview for more nuggets of wisdom. 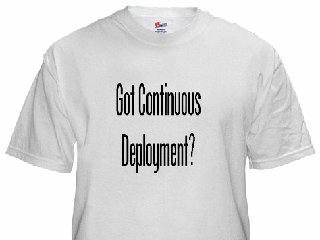