Q4 numbers for venture-backed exits point toward a big rebound.

The 2009 Q4 numbers are in, and they bode well for companies looking to get bought or go public in 2010. Corporate buyers opened their purses in the fourth quarter, and tech IPOs are performing well. None of that will change the long-term shrinkage of the industry, however, and a shift toward lower-risk early-stage investing can be expected.

Yearend surge in M&A.
Forty-four percent of the year’s total liquidity for venture-backed companies came in the last quarter, according to Dow Jones VentureSource.

Most of that came from corporate buyers like Amazon and Google. The $7.3 billion generated by M&As in Q4 is a huge chunk of the overall $17.1 billion in liquidity for the year. It’s also a 49% increase from the $4.9 billion raised in the same period last year.

Those deals were also better for investors. Venture-backed M&A deals returning less than the amount invested accounted for 23 percent of the quarter’s total, compared to 50 percent of the total in the previous quarter.

Stage set for promising 2010.
It’s not hard to predict a rebound in the coming year. The IPO market is emerging from the slowest two consecutive years for venture-backed IPO activity since 1974-1975. According to the NVCA, venture-backed IPOs more than doubled in 2009 from a dismal 6 in 2008 to a slightly less dismal 13 in 2009.

With corporate buyers back in action and the re-opening of the IPO market driving valuations higher for acquisition targets, 2010 will be a year of relief for venture capital.

None of that changes the long-term outlook
The long-term economics still speak to a shrinking industry. Returns have been poor for venture capital this decade, many venture firms will be closing shop, and those sticking around are raising less money on the whole from limited partners. This coincides with a drop in the cost of innovation. In Q4, companies raised a median of $18 million in venture capital before achieving liquidity through a merger or acquisition. This is 18% less than the $22 million median seen in 2008. In addition, it took a median of 5 years for a venture-backed company to exit via a merger or acquisition - 17% less time than the 6-year median in 2008.

Expect early-stage investment to shift away from companies aiming to be the next Google, to feature companies built for a quick flip into Google. 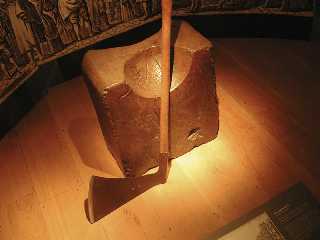