The VC heavyweight champion, Sequoia Capital is looking to raise a new $1 billion fund that will emphasize China and unite its strategies under one umbrella fund, instead of dividing them off into separate funds, according to VentureWire. The firm is looking for its usual 30% carry fee (the share of the profits a firm keeps when a portfolio company is sold or goes public), an impressive premium over the industry standard 20%, especially when LPs were thought to be flexing bargaining power as funds become scarce.

The firm will charge a 2.5% management fee until the sixth year (another premium on the 2% standard), when it will drop a quarter of a point each year until it reaches 1.5% on the 10th year.

One LP investor said $250 million and $300 million will go to early-stage Chinese companies, and U.S. early- and seed stage part will target between $400 million and $450 million, though other investors said Sequoia has wide discretion over the allocation.

The consolidation of funds may be another step in the direction of strong-arming LPs into writing a “blank check” for Sequoia to invest as they see fit. In 2007 and 2006, Sequoia raised separate funds for China-focused ventures and U.S.-based companies. When Yale declined to invest in its riskier oversees and later-stage funds, Sequoia booted the endowment from its tried-and-true early-stage U.S. funds as well. Sequoia doesn’t like LPs messing with its strategy. 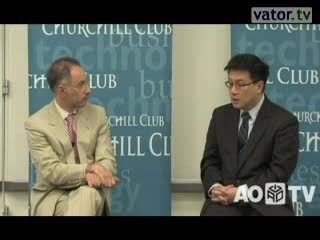 State to VCs: Time for a Paycut