The San Francisco-based startup is quite different from ticketing sites like Ticketmaster or Tickets.com.  Instead of focusing on mainstream arena concerts and sporting events, Eventbrite lets anybody set up an event for free.

"With Eventbrite, we've branched out from the 'old world' model of ticket registration and democratized it, empowering anyone with the ability to sell a ticket to an event and bring people together," said Kevin Hartz, CEO and co-founder of Evenbrite. "We see a massive opportunity here in terms of the socialization and optimization of events and are excited to play an enabling role in making this happen."

For example, Vator recently launched a set of classes called the Vator Academy, and the event is being organized through Eventbrite.  There, the academy is detailed and tickets for the classes can also be purchased.  Potential buyers can pay with the standard credit cards or a Google checkout account.  When somebody purchases a ticket, Eventbrite takes a 2.5% transaction fee plus a dollar fee per ticket.

And Eventbrite has been seeing success with this mold.  Founded in 2006, the company said it's seen triple-digit year over year growth, 3 million monthly uniques, and projected ticket sales of over $100 million in 2009.  Some notable names that have made use of its services include TechCrunch, Craigslist Foundation, PayPal and Mashable. 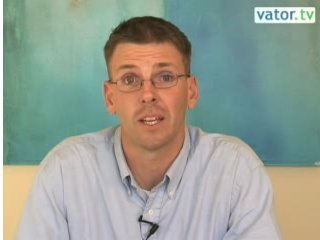