On an increasingly Web 2.0 Internet, it is only too common to see the daily rise of new Web sites dedicated to planting endless fields of user-generated content. Rarely, however, do we see the founders of these sites actually harvesting the potential revenue from such content-rich services.

One company, Jigsaw, believes it is one of those rare examples.

Jigsaw is a San Mateo, CA-based startup aiming to be the number one stop on the Web for business contacts and company records, by collecting the data from users and clients themselves. The idea is that people will willingly exchange data they have for data they need.

The startup says it wants to do for data what Salesforce did for software, delivering a Web 2.0 Data as a Service (DaaS) product inspired by the openness of Wikipedia and the empowerment of eBay. Contrary to most user-generated Web services with uncertain revenue models, however, Jigsaw announced yesterday that it saw growing profits over the last two quarters. Not only that, but the company’s revenue has doubled every year for the last four years.

Right now, Jigsaw boasts of hosting over 14 million business contacts and over 2.6 million company records. Not only that, but Jigsaw prides itself on a system that constantly keeps those records updated and complete, held up by the strength and efficiency of a 900,000-member global community.

Regular members, typically recruiters or jobseekers, are motivated to sign up for free accounts on Jigsaw to gain access to these enormous databases. Users can also opt to purchase premium plans, which come with additional added bonuses.

The real moneymaker for the company, however, is expected to be Jigsaw Data Fusion, a product particularly targeting recruiting teams, sales teams, and marketers. Announced three months ago, Data Fusion is a cloud-based, automated system for delivering important data to Jigsaw's customers. Like any standard SaaS model, Jigsaw charges companies a per seat, per month fee to gain unhindered access to its complete business contacts database.

And as more users sign up, filling up Jigsaw’s company contact databases, the startup’s attraction only increases. The company almost has 1,000 customers for its Data Fusion solution.

Admitting that he believes the future big revenue-generator to be data, not software, Fowler states, “We want to lead the DaaS revolution in very much the same way that Salesforce has lead the SaaS revolution.” 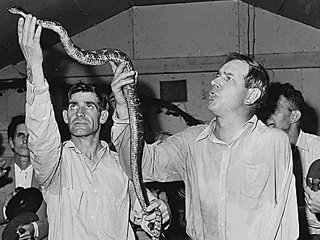