If there are two takeaways from this interview, these are it: Stealth mode is overrated and take small steps in building a product. Those are just a couple pieces of wise advice from Bijan Marashi. As the first product manager at Inktomi (search engine bought by Yahoo years ago), and now co-founder and CEO of Xoopit, which raised $5 million in Series A funding in the past year, Bijan has a lot of experience in the startup world. Xoopit supplements Webmail services by making them more like social networks.

His biggest lesson is one of transparency, something most entrepreneurs don't think about enough. "There's no need to be in stealth mode," he said. "When you're first generating your idea, get out there and share your ideas." A friend of his once said, "Run rabid through the Silicon Valley, show everyone your ideas." And, so, Bijan did. That was how he found his co-founder, Jonathan Katzman. Indeed, on Vator.tv, we're starting to see that many people are valuing transparency over secrecy. After all, how do you find the right partner unless you share your story with enough people?

Smallest version of your vision

Bijan's other piece of advice is about thinking small. Rich Tong, partner at Ignition, said to Bijan once that when developing a product, always "find the thinnest edget of the wedge." What this means is that entrepreneurs tend to try to build too much. "What's the smallest version of your vision," said Bijan. For example, Bijan and his team first intended to build an entirely new mail client before they decided to supplement it. That decision saved six to 12 months, he said.

Additionally, Bijan advises entrepreneurs to surround themselves with advisers who can guide them and teach them how to take smaller steps. Jia Shen, co-founder and CTO of RockYou offered similar advice in his "Lessons Learned" segment. Click here for that interview.

Bijan also talks about his hiring philosophy at Xoopit; how to create vitality in-house and how to scale your technology. 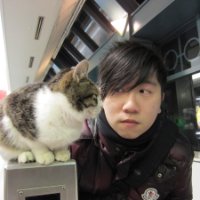