Democrats, Baby Boomers, and those in urban areas are most like to be in favor

It's been almost three years since the start of the pandemic in early 2020, and while we'd all like to move on and put it behind us, unfortunately cases, hospitalizations, and deaths are once again rising. While the surge was nowhere near as high as it was for the Omicron variant a year ago, there are still hundreds of thousands of COVID-19 cases and thousands of deaths being reported each week.

This comes at the same time that the public health emergency (PHE) that was declared early on in the pandemic is set to expire in January, though the Biden administration is expected to extend it in the coming month. Among other things, the policy allows people to be covered for COVID tests, treatments and vaccines, while also expanding access to telehealth. If/when the PHE does eventually come to an end, 18 million people could lose Medicaid coverage, including nearly 4 people who would become completely uninsured, not to mention the potential issue of long COVID, which affects over 6% of people who get the virus.

With all of that in mind, Morning Consult decided to ask the people what they think about this policy, surveying 2,210 American adults about whether it should be left in place or if it was no longer needed.

What the survey, which was conducted between December 14 and December 19, found was a country divided on the issue: while 51% think that the PHE should be in effect, 39% said it shouldn't, while 10% said they either didn't know or had no opinion.

Opinions differed based on the respondent's political party, generation, race/ethnicity, and the community in which they live; perhaps not surprisingly, the biggest disparity came between Democrats, 72% of whom want the PHE to stay, and Republicans, only 34% of whom said the same, along with 43% of independents.

Generationally, Baby Boomers were the ones who were most likely to say it should stay in place, which makes sense as they are the population that's most vulnerable to dying from COVID, while the least vulnerable generation, the Gen Zers, had the smallest percentage who wanted PHE still in place, with 45%. The middle two generations, Millennials and Gen Xers, were almost entirely split on the issue, with 50% and 49%, respectively, wanting it kept in place.

Additionally, 49% of white Americans said they believe the public health emergency should be in place, and they were the only group to not have a majority, as 66% of Black respondents, 54% of Hispanics, and 52% who were labeled "other race/ethnicity" said the same.

Rural adults were also the least likely to want it to stay in effect, with 43%, compared to 58% of people in urban communities and 52% of those in the suburbs. 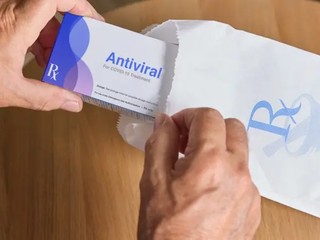