Most Americans wouldn't share their health data to prevent another pandemic

Those in China, the UK, and Sweden were more likely to share data, unlike those in Japan and Germany With over 99 million cases, and over 1 million deaths, from COVID in the United States alone over the last three years, we should already be looking to the future, and asking question about what we do the next time this happens. How do we prevent something like this from being this bad again? What measures are we willing to take? And what are we potentially willing to give up so the next pandemic kills fewer people?

For most Americans the answer to that last question does not include their own healthcare data or privacy.

A Harris poll, on behalf of consulting firm ZS, and reported on by Politico, asked respondants what data they would with a national database to prevent another public health emergency. No type of data received 50% saying they'd share it for the greater good, with 12% saying they'd share no data at all.

The largest percentage said they'd give up vital signs and health stats, as well as personal information, with 47%; that was followed by health records, with 43% willing to share them, and nutrition and lifestyle information, with 41%.

The data people seem to be more protective of are data from wearables and fitness devices, as well as genetic data, with 32% and 28% saying they'd share these, respectively. 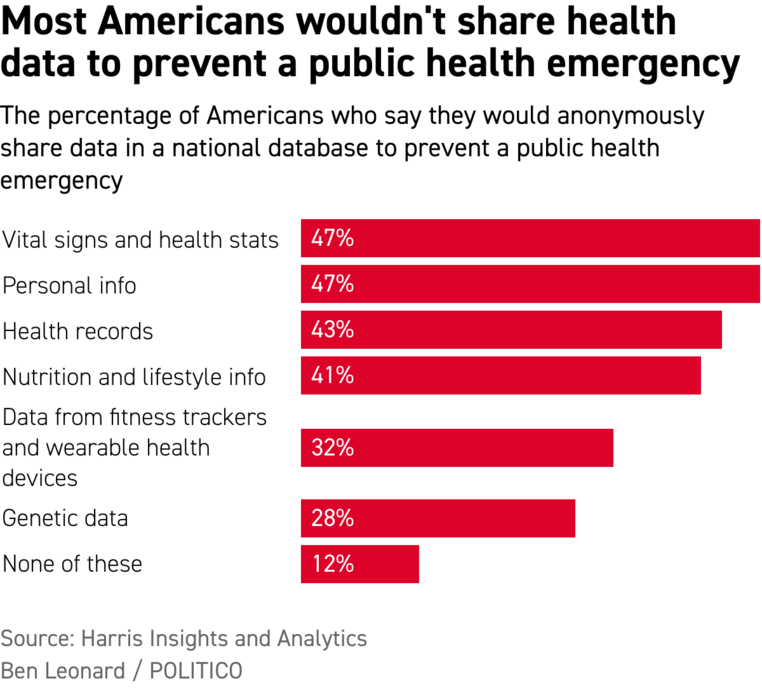 The survey didn't just limit itself to people in the United States, however, but to five additional countries: Germany, Japan, China, the United Kingdom, and Sweden. The last of those was chosen because it represented “a more digitally mature country whose size may have enabled further acceleration of the concepts of connected care.”

The results were varied, even by region: while the survey found that those in Japan and Germany were even less willing to share health-related data than those in the U.S., those in China, the United Kingdom, and Sweden were more likely to share their data.

A larger percentage of those in China and Sweden even said they'd share their genetic data, with 39% and 33% being willing to give it up, respectively.

The focus on privacy and protecting data comes at a time when data breaches are becoming more common: close to half of all healthcare and pharmaceutical organizations experienced a data breach caused by a third party in 2020.

In October of this year alone, there were 71 breaches reported and more than 6 million records breached; that included 28 data breaches of 10,000 or more records. Two-thirds of the breached records were due to unauthorized access/disclosure incidents, with over 4.1 million records compromised in these incidents. 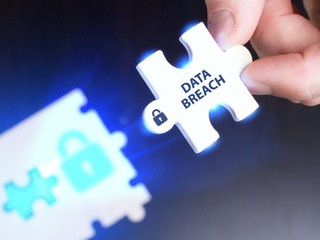 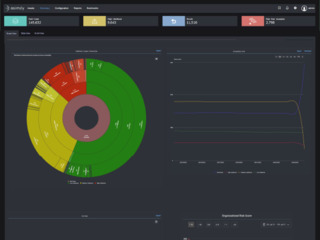