The company's solution is currently focused on amblyopia in children 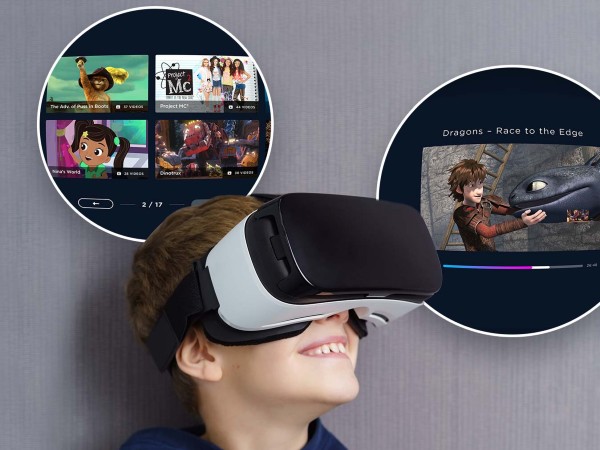 Amblyopia, better known as lazy eye, is the leading cause of vision loss in children and young adults; there's about 1 million children, and about 4 million adults, who have this condition, and yet the current standard of care is made up of glasses, eye patches, and eye drops which blur the stronger eye.

Getting children to comply with that kind of treatment is very difficult, said Scott Xiao, Chief Executive Officer of Luminopia, a company that uses virtual reality to help cure neuro-visual disorders, including amblyopia.

"Even in patients that are compliant, a lot of them are left with residual vision loss and if it's not treated in childhood, that's vision loss that stays with them for the rest of their lives. There's a bunch of research around how that impacts higher education attainment, how that increases the risk of lifetime blindness in both eyes, and how that's associated with a number of other conditions like ADHD and a variety of mental health conditions as well," he said.

Knowing this, the company created technology that allows patients to treat amblyopia simply by watching on a VR headset.

The software, which was approved by the U.S. Food and Drug Administration through the De Novo pathway in October 2021, is now ready to launch and to help facilitate that the company raised an oversubscribed $5.7 million seed extension financing round led by ShangBay Capital with participation from Sony Innovation Fund, The Vertical Group, and SSI Strategy, and existing investors.

Upon launch, the therapeutic will be prescribed by eye care professionals and distributed through an online retail pharmacy.

With Luminopia, all the user has to do is watch one hour of television per day, six days a week, and all the content is all streamed through their VR headset. The company has partnerships with some of the leading media companies out there, including Sesame Street, Nickelodeon, PBS, DreamWorks, and it has more than 700 hours of TV shows and movies for patients to choose from.

What makes it different is that the company has developed a software application that turns that video content into treatment by presenting the images slightly differently to each eye, encouraging patients to use the weaker eye. It also takes away parts of each eye’s image, so that patients have to combine input from both eyes to appreciate the full video.

"The piece that's really unique here is this is a binocular therapy where patients are using both eyes together, as opposed to what's come before, which have all been monocular therapies like patching, you're just covering the strong eye, and you're hoping the weaker eye gets better, but you're not actually teaching the brain to use both eyes together," said Xiao.

"Of course, on top of that the patients are watching TV, so the compliance becomes a little bit easier as well. So, that's the other key advantage."

The really important part about this treatment, which is done at home, is that it fits into the user's daily life, Xiao explained. The company even supplies the headset, which is a Pico G2.  As a result, in Luminopia's pivotal trial, the company saw median compliance of 88%, almost double the 40 to 50% rate for patching.

"That's the spirit that we've taken to developing this product. And what we've created is something where patients are watching TV anyways, they can watch on their TV or they can watch within our device, and actually improve their vision from that."

Rolling out the product

The company will be using the funding to grow its team and to do a staged roll out of its product for amblyopia to pediatric ophthalmologists starting this month, with the intention of expanding to a broader launch in the second half of next year. The company will start by launching with the 20 sites it worked with in its pivotal trial, since they're already familiar with the technology and how it works.

"A lot of the efforts are going towards making sure the process for physicians to prescribe and for patients to get a headset in the mail, all of that is as smooth as possible," said Xiao.

"It'll be a couple of select practices to start that are already familiar with the technology that were investigators in our clinical trials. We want to test out the process, make sure that it's working, make sure that the product is working the way that we expect. Then we've got a larger group of practices that are signed on that are ready to start prescribing once we give them the green light, so it'll be a staged rollout. We're excited to get those out there."

With the closing of the round, it was also revealed that William Dai, Founding Managing Partner of ShangBay Capital, will be joining the Board of Directors at Luminopia.

"We're very excited to have the support of ShangBay and the team and William. They are one of the most experienced medical device investor groups in the country. William has been doing this for a couple of decades and has deep experience in commercializing medical devices, both in the US as well as in markets like China, where we think there's an opportunity for this product as well," said Xiao.

Right now, Luminopia's product is approved for four to seven year olds who have amblyopia, though the company has also seen promising data in kids as old as 12. It may even also eventually market a product toward adults with the condition as well.

That's why the company's short term goal is to make its amblyopia therapy the new standard of care for the condition.

"There hasn't really been an example of a digital therapeutic that's done that yet but we think we have an opportunity and we think there's such a significant unmet need that there has to be a better treatment, frankly, for this condition. We want to make sure that we can make that happen," he said.

However, amblyopia is just the beginning for the company; Xiao believes this technology can be used for any neuro-visual disorder, including stroke and traumatic brain injury, which can actually result in vision loss in about a quarter to half of cases. That's the company's longer-term goal.

"Zooming out a little bit, looking at the bigger picture is to really pioneer this new category of medicine. the advent of digital technology, things like VR, AR in the future, potentially, have opened the doors for new ways to treat different conditions," he said.

"What we're talking about is, essentially, harnessing VR as a way to deliver input to the brain through the eyes and we think that has tremendous therapeutic potential in a number of conditions. So, the goal would be to pioneer this new category, and really show what benefit we can bring to patients."