Despite the the LGBTQIA+ community being a younger population than non-LGBT+, with more than half being between the ages of 18 to 35, they are also more likely to report that their health is fair or poor. In addition, almost half of LGBT+ people report that they have an ongoing health condition that requires regular monitoring, medical care, or medication.

Yet, this population is also more likely to report negative experiences with a healthcare provider, including being accused of lying, having doctors suggest they were personally to blame for a health problem, having a provider assume something about them without asking, or having their concerns dismissed entirely. Over one-third of LGBT+ people reported at least one of these negative experiences, compared to fewer than one in five non-LGBT+ people.

That is why a company like FOLX Health, a digital healthcare service provider designed by and for the medical needs of the LGBTQIA+ community, is necessary. On Wednesday, the company announced a new $30 million round of funding led by 7wireVentures, with participation from new investor Foresite Capital and existing investors, including Bessemer Venture Partners, Define Ventures, and Polaris Partners. This is the company's first funding since a $25 million round in February 2021.

Along with the funding, it was also revealed that Lee Shapiro, Managing Partner of 7wireVentures and former Chief Financial Officer of Livongo Health, will join FOLX Health's Board of Directors.

FOLX Health, which launched in late 2020, is a telehealth-based platform that, instead of just offering general primary care that connects patients to their doctors, offers care that more specific and tailored to the LGBTQIA community, providing hormore replacement therapy, PrEP, care navigation, content, and community through a network of queer and trans-specialized providers. Patients pay a monthly subscription fee, which is determined by the area of focus is and what they need.

"Prior to finding FOLX, 78 percent of our members did not have access to affirming healthcare and 71 percent actively avoided seeking care for fear of discrimination. It is our responsibility to provide offerings that enable folks to receive the care they need and deserve," Liana Douillet Guzmán, CEO of FOLX Health, said in a statement.

"This funding is a testament to the importance of our mission, and we are honored that Lee and 7wireVentures are joining our efforts to create a more equitable healthcare system for the LGBTQIA+ community."

Since its last funding round, FOLX Health launched an enterprise solution, allowing employers to offer its solution to the LGBTQIA+ workforce, as well as its Virtual Healthcare platform, which offers community members in nearly all 50 states consults and prescriptions for general health, and sexual health.

With this new money it just raised, FOLX plans to expand into offering mental and behavioral health services to its members, including new support groups that it will be launching this month, which will serve to support the community and their loved ones in areas such as fertility and family planning and parental support. The company plans to roll out more categories to roll out in the coming year.

FOLX Health's support groups will consist of multi-week group sessions led by a clinician or expert, followed by one-on-one consultations to implement individualized plans for users. Members will be able to build a community around themselves with those on similar journeys through an expanded community platform. The company will also launch a companion iOS and Android app enabling real-time emotional and behavioral health support.

Those in the LGBT+ community were more likely to report seeking mental health care because of the pandemic compared to non-LGBT+ people, 24% versus 12%. In addition, 23% of gay, les­bian or bisex­u­al students attempted suicide during COVID, compared to 6% for heterosexual students. 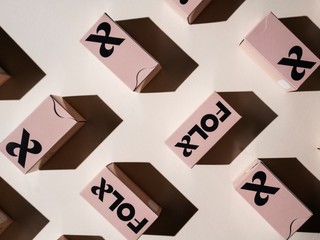