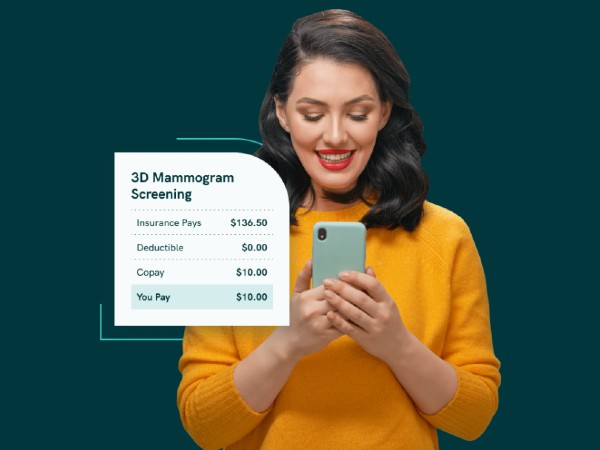 For a long time, price transparency in healthcare has seemed out of reach: the idea of actually being able to shop for care, and to know what a service was going to cost before you even saw a doctor or had a procedure done, felt like a pipe dream.

That changed last year with the Hospital Price Transparency Rule, which requires hospitals in the US to post a public file of the price for all their services, as well as a patient estimator web tool. This allows patients to figure out what they're going to pay beforehand, either through their insurance or out of pocket if they are uninsured.

The problem is that all of that data exists separately from each hospital. That's why Turquoise Health aggregates those public files, curates them, and brings them into a standardized and structured database that patients can use to price shop for their healthcare.

On Wednesday, the company announced a $20 million Series A investment led by existing investor Andreessen Horowitz, with participation from Bessemer, Box Group, and new investor Tiger Global. The company last raised a $5 million round in July 2021.

The company's vision is to empower savvy consumers of healthcare, co-founder and CEO Chris Severn said in an interview.

"When I go on Amazon, I know the price of a toaster: I know exactly when it'll arrive, I know the quality through the reviews, and then I have an idea of what the brand is. There should be no difference with healthcare. That's really the vision: I'd love to look back on in a few years and to feel we played a big part in it being totally normal to know the price of healthcare," he said.

In conjunction with the investment, a16z General Partner Julie Yoo joined the Board of Directors at Turquoise Health.

"What's great about Julie is she's done this before; she was a co-founder of Kyruus, which is payer provider interface in the gritty bowels of rev cycle. So, she's been exactly in this sector before and in my shoes before, which means she's battle tested and she knows what's going on. So, she's someone I really listened to, since they invested in our seed. So, it's a very natural extension to have her on the board," said Severn.

"She is highly pragmatic, highly logical, and mixes that with being an optimist, a believer in the future, which you don't really normally combine traits with. We're thrilled to have her in our court giving advice."

Founded in 2020, Turquoise has a patient-facing tool that can be used to search for different prices and services based on distance to their home, price, and quality. The most popular searches are for MRIs and imaging, followed by joint replacements, childbirth, colonoscopy screenings, mammogram screenings, and cardiac diagnostics, such as echocardiograms and EKGs.

In addition to the payers and providers, Turquoise is also used by other stakeholders within the healthcare space, including pharmaceutical and medical device companies; they use it to see the rates being charged for their devices in the market, as well as how much their competitors are paying in different geographies. It's also used by benefits advisors, consultants, revenue cycle consultants, and other digital health companies.

The company now has over 70 customers in all, but isn't able to accurately determine how many people use Turquoise every day due to the multiple ways the data can be accessed: though Severn said that thousands visit the company's website on a monthly basis to see the prices that hospitals have posted, prices are also listed on third part applications, which use Turquoise's API, as well as white labeled hospital interfaces.

Despite all of the data that Turquoise has to work with, there are still limitations on what it can present to patients and healthcare stakeholders; namely, it can only display the data that hospitals have disclosed through the Hospital Price Transparency rule.

That will change on the first of July, though, thanks to a rule change from CMS called Transparency In Coverage, which will force payer to also disclose their pricing data as well. Once that happens, Turqouise will be able to see pricing for every type of service, even those that take place outside of the hospital.

He called it "the biggest thing that's happened in healthcare since the ACA."

"It’s every payer revealing, in machine readable files, similar to the hospitals, the cost of care for every NPI. It's just really, suddenly, in a huge step function going to create this market for healthcare."

With that data about to come into the pipeline, Turquoise Health also announced the launch of a new product on Wednesday: its direct contracting platform, called Clear Contracts.

This is a SaaS platform that streamlines the direct contracting process between providers and purchasers, using the pricing data that Turquoise Health has aggregated. That means it will be taking a process that often happens offline, with fax machines, or with numerous e-mails back and forth, and streamlining it by putting it onto a single platform.

Providers and purchasers will be able to connect, negotiate, redline, and sign contracts, all within the Turquoise platform.

"Negotiating the cost of care, and coming up with a clean algebra to dictate the cost of care, is easier said than done. Plus, the data has been sioled. So, not only do you have these complex formulas driving pricing, you don't even really know the underlying variables. It's resulted in a really inefficient market for healthcare at that level," Severn explained.

"If that data is cleaner, and more reputable and more timely, where Turquoise controls the logic for reimbursement, it hits consumers in a cleaner way. So, it gets close to that Amazon toaster-like shopping experience."

The new funding will be going toward building out the Clear Contracts platform, including adding more features and growing the team behind it, specifically on the engineering and product team, as well as the implementations and customer success teams who will teach Turquoise's customers how to use it.

"There's a decent amount of adoption. It's uncomfortable, because there's never been this payer-provider interface for negotiation. So, there's a little bit of behavior change and mindset shift, where we have to work with these folks to get comfortable with it," Severn explained.

"It's going to take more than 30 people, and we're hiring really talented people, which means they're not cheap. So, just getting from 30 to 100 people is going really be where this money goes."

All of this will, ultimately, help the company achieve it's mission and goal of creating price transparency in healthcare, which many people are currently skeptical about, Severn admitted.

"Will it actually happen? Do patients actually shop for health care? I'm very excited to just start seeing those anecdotes, and then the real data behind people shopping for healthcare, people valuing the fact that they knew the cost of care in advance," he said.

"Once I start seeing data of even region by region, service line by service line, Turquoise starting to make an economic impact, that's just going to be an awesome feeling." 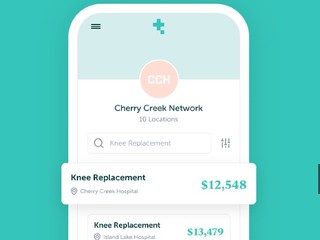