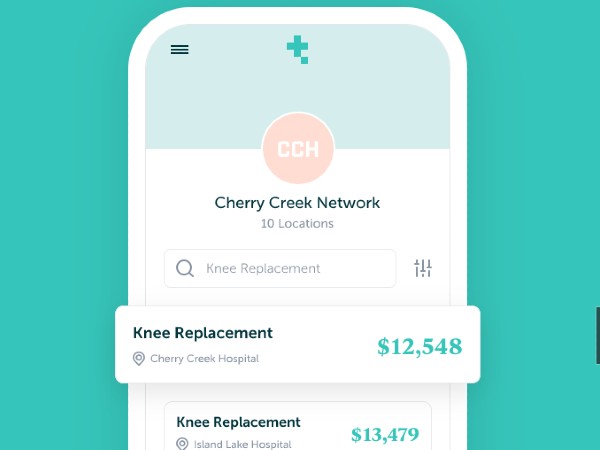 One of the most frustrating things about the healthcare system (and there are many!) has long been the lack of price transparency. Paying for healthcare is unlike literally anything else: patients go to a doctor without any idea of what it's going to cost, then they sit around months waiting for a bill to come. Once it does come, they have no idea why they've been charged what they've been charge, and no way to fight it.

Luckily, Congress has finally decided to do something about it, having passed the Hospital Price Transparency Rule, which went into effect in January of this year. The legislation requires all hospitals in the US to post a public file of the price for all their services, meaning what each insurance company pays them for each of their medical procedures. In addition, they also have to provide a patient estimator web tool, allowing patients to figure out what they're going to pay beforehand, either through their insurance or out of pocket if they are uninsured.

While all of this data is now publicly available, it's also hard to compare one hospital to another, as its been posted on each individual hospital's website. That's where Turquoise Health comes in: the company has aggregated all those public files, curating over 175 million records, and bringing them into a standardized and structured database that patients can use to price shop for their healthcare.

"We really want to simplify these transactions and simplify a lot of complexity of those financial relationships. This was previously not possible, but with this new price transparency legislation that requires hospitals to post all their rates as of January 1 of this year, and payers to post their rates coming January of 1 of next year, it's really pushing the industry towards being much more open and more price transparent," Marcus Dorstel, the company's Head of Operations, told me.

Turquoise has a patient-facing tool that can be used to search for different prices and services based on distance to their home, price, and quality. The most popular searches are for MRIs and imaging, followed by joint replacements, childbirth, colonoscopy screenings, mammogram screenings, and cardiac diagnostics, such as echocardiograms and EKGs.

The idea is to bring the two sides who are often at odds due to differing goals (payers want low prices, while hospitals want high prices) and get them on the same page.

"When the providers go to the table with Blue Cross next year, they'll know exactly what Blue Cross pays every other hospital in their market and they can use that to inform their negotiations and the same thing on the payer side. They understand what other insurance companies pay that same hospital for those same services," Dorstel explained.

"We're positioning ourselves with the services we're providing, and the products that we have, as a neutral party, like Switzerland, between them, to ultimately facilitate that previously contentious negotiation, and help make it a little less contentious."

In addition to the payers and providers, Turquoise is also used by other stakeholders within the healthcare space, including pharmaceuticals and medical device companies, who use it to see the rates being charged for their devices in the market, and to see what competitors are in different geographies. It's also used by benefits advisors, consultants, revenue cycle consultants, and other digital health companies.

"Digital health companies have various uses for this but many want to bring this data into their product platform as another data point that enables their product to be even better.  Think about a patient care app that acts as a front end for patients to direct them to doctors and services; bringing in pricing information is super relevant for that," said Dorstel.

Finally, the data is also licensed to academic institutions, and its so far been used in a number of research reports and articles and PhD dissertations.

Turquoise will use the new funding to continue to build out the product, and to build out its team, specifically growing its sales and engineering teams. The company has six employees now, and expects to at least triple that number to 20 or 25 by the end of the year.

The biggest legislative change in years

There are many changes happening in healthcare right now, including the move to value-based care, and the rise of virtual care and telehealth. But Dorstel see the price transparency as "some of the biggest legislative changes to the US healthcare system in years."

He believes that once consumers can shop online for their healthcare, like they would for a hotel or a flight, that it will lead to the entire healthcare system changing to meet the needs of the patient.

"It's really going to be promoting a much more savvy shopper of medical services, but it's going to take time. So, it'll be interesting to see that paradigm shift in consumer behavior, and, as the consumer changes, everything follows. You have the payers adjusting to that, you have the providers adjusting to that, the healthcare industry is ultimately focused on the patient. And if the patient's behaviors are changing, that's going to drive a lot of other changes, which is something I'm personally very excited about."

Of course, the ultimate goal with all of this is to eventually lower the overall cost of care for the patient and the provider, and Dorstel sees transparency as the way to finally make that happen: if one hospital has prices that are 5x more than another, now that that's transparent, they are going to have to either justify it or lower the price to the market rate.

"What we're gonna see more immediately, or at least here in the next year or two is, as payers and providers are negotiating contracts, they're going to be using that market rate data. So, you are going to see medical prices move to more of a market rate equilibrium," he said.

"Let's see if it's possible for, I would say the first time in history, US healthcare prices to decrease year-over-year."