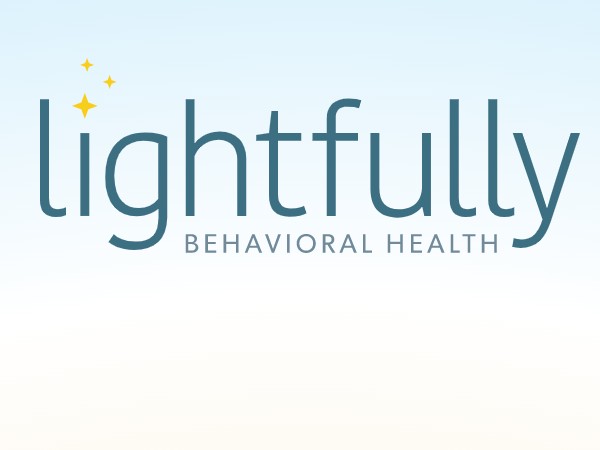 Not all mental health problems are created equal: there are acuities of care, with the lowest end being outpatient therapy, where someone goes once a week to see a therapist, and the highest end being people who are in the hospital because they are actively suicidal.

There's a whole middle ground between those two, though; that is what Jennifer Steiner, Chief Executive Officer at Lightfully Behavioral Health, calls "the general mental health population," or people suffering from disorders that include depression, anxiety, and trauma.

She started the company, which officially launched on Tuesday, when she found that there was no good solution for people suffering from mental health problems in between the two extremes.

"We're serving this middle acuity space, which includes intensive outpatient services and residential services. There's not a lot out there, not a lot of providers, but the demand is crazy."

That demand is being driven, in large part, she noted, by the pandemic, which has not only seen demand rise, but also acuity level, meaning that people who would have had low level symptoms before are now in this middle category.

Lightfully treats anxiety, depression, trauma, including PTSD, and personality disorders at three levels of care, the lowest being intensive outpatient services, which is three to five hours of therapy a day, three to five days a week, including group therapy, individual therapy, and skills building. The second level is called day treatment, which is typically five to seven days a week in an outpatient setting, and the highest level is called residential treatment, which is a 24/7 model of care.

In all, the company plans to open 18 in-person care sites across the state of California in the next year and a half, and it is already in the process of opening its first two clinics; in conjunction with its launch, Lightfully also announced the acquisition of two mental health treatment centers from Resilience Treatment Center for Mental Health in West Los Angeles. That includes a six-bed residential treatment center and a 25-bed partial hospitalization and intensive outpatient program.

"Our decision to acquire Resilience was very much based of our appreciation of Resilience’s quality of care. They're a very client quality of care oriented company. They were practitioners of evidence-based treatment, which is mission critical for us; we're a very evidence-based company. And they served a similar population as to what Lightfully will serve, that general mental health population. So, there were a lot of similarities already," said Steiner.

In addition to the two clinics bought from Resiliance, Lightfully has also secured three other residential treatment locations in Southern California, including ones in Brentwood, Thousand Oaks, and Carlsbad. Three additional residential treatment facilities are in escrow, along with two commercial properties that will house partial hospitalization and intensive outpatient programs.

The organization plans to hire approximately 195 California based employees by the end of 2022 and it's also already looking to expand beyond California, to Washington and Colorado.

The first two clinics are in the process of transitioning to Lightfully, which means training existing staff, as well as new staff, on the Lightfully model of care, which is centered around process-based therapy. That involves taking all the different modalities created by the DSM and "boiling it down to about 12 key interventions that address the core conditions of human suffering," said Steiner.

"If you put your head around that you're like, ‘How in the world do you create a provider of scale that's providing consistent treatment across many sites? How in the world could you possibly have clinicians that have 100 different modalities in their training?’ It's just not scalable and that's been a part of the problem in this sector and part of the challenge in creating really reliable, consistent care across sites."

What process-based therapy does is it makes it possible to look at a diagnosis, look at the symptoms, and apply a more consistent intervention.

"That's going to look a little bit different from how Resilience has treated patients. It’s the same in that we're using evidence-based therapy and reusing the key components of all of the most effective ones."

Technology as part of the continuum of care

While in-person therapy is a major component of Lightfully's solution, the company will also be incorporating technology into its platform as well, including telemedicine for the lowest levels of care, for example, as well as a diagnostic and assessment tool, allowing clinicians and primary physicians to make a recommendation to their patients if they need a higher level of care.

It will also be incorporating a solution so will allow Lightfully to communicate with both family members and referral partners, as well as a post discharge communication tool so that patients who have been through treatment can stay in a supportive environment. All of these new tools are currently in development, with plans for the virtual program to launch in the middle of this year.

While the company will be using technology, Steiner told me she is also a strong believer that it's only part of the care continuum, and that not all care can simply be replaced by a digital solution.

"The Gingers of the world, and some of these digital solutions, there's a frenzy out there. The majority of them are serving populations through some kind of digital application, whether it's an app or some kind of telehealth solution and I have a strong opinion around this: it's a super important part of the continuum. We cannot turn our back and say, 'Hey, digital solutions aren't going to work.’ But, only a small segment of the population suffering from mental illness is appropriate for an app or a telehealth solution," she said.

"If you have someone who is struggling from depression or anxiety, can't get themselves out of bed in the morning, or isn't able to function in their normal daily living activities, that is an inappropriate person for an app. So, this app frenzy concerns me because we all wish that it solved everything but it's a part of a continuum that will be helpful, but not the answer."

That is why Lightfully makes a point of combining both the in-person therapy and the digital solution, so it can give patients the care they need before, during, and after treatment.

Mental health has changed a lot over the last decade so, thanks in part to the Affordable Care Act, which forced payers have to pay for care, while the pandemic opened up a lot of people to feeling more comfortable talking about their mental health problems.

That has created a lot of opportunity for the space, which is still growing and hasn't been consolidated yet, Steiner told me.

"What we're seeking to do here is create a national network of providers. We will be a national brand, where you will get consistent quality care in every single site. That's just unheard of in mental health right now. We just haven't gotten there yet. It’s too early in the consolidation curve, and you get very inconsistent care across providers, even with different sites."

The real goal for Lightfully in the long run, though, is to create a place where patients know they can go to get a consistent level of care for the mental health needs.

"We are really pioneering a scaled and consistent delivery of care that is going to meet this explosive demand, and that just doesn't exist right now in our sector. You're lucky to get a small regional cluster where there's some consistency. There isn't a national brand where you step in to get care and you know exactly what you're going to get. That's what I'm really excited about. It's so ripe for that in our country right now."