The company is currently in beta, but plans to be open to the public in the coming months 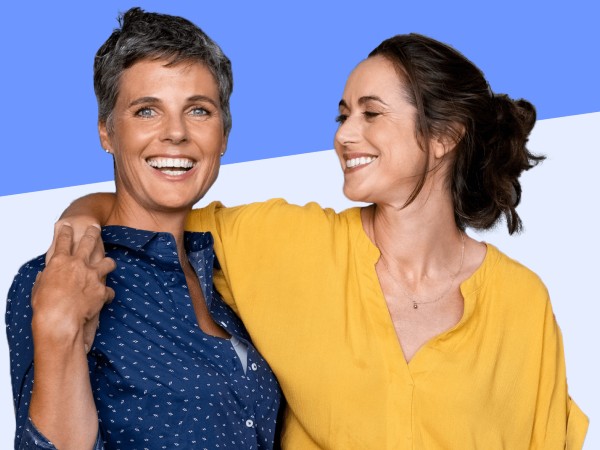 Women make up more than half the people on the planet, and menopause is a biological function that every one of them will go through when they reach a certain age. Yet, there's such a taboo around it that half of women are too embarrassed to talk to their doctor about it.

"Menopause is a universal experience that impacts every aspect of a woman’s health: mental, physical, and emotional. Unfortunately, it’s a space that has been ignored for years due to social stigma, a fragmented healthcare system, and under-investment in women's healthcare and research," Alessandra Henderson, co-founder of Elektra Health, a telemedicine company dedicated to menopause care, told me.

For example, she said, less than 20% of OB/GYN residency programs offer any menopause training at all, and all of this has real consequences and leads to adverse health outcomes.

"Depending on a woman's personal history, menopause may increase the risk of heart disease, dementia, and osteoporosis in later decades. So, not only does untreated and/or mistreated menopause have the ability to result in lower quality of life in the short term, but it can also impact longer term health outcomes."

Henderson and Versi started Elektra as a way to change that narrative and now they have a new funding round to put it that into practice, announcing a $3.75 million seed funding round on Tuesday, co-led by Alexis Ohanian’s Seven Seven Six and Flare Capital Partners.

Founded in 2017, Elektra provides a tech-enabled, digital health platform called Meno-morphosis, which includes educational content, a private community, and one-on-one, text-based access to a menopause expert (what Versi describes as a "menopause doula").

Patients start by booking a visit and filling out a questionnaire, in which they indicate what's most important to them. They then have an online visit with a clinician to discuss their health history, as well as treatment options, after which they'll be given a care plan with solutions that are tailored to their biology, lifestyle and goals.

Patients who live in Connecticut, Florida, New Jersey, and New York can get a personalized menopause assessment, which costs $199 for the first visit, and $99 for every time after; each visit comes with a customized care plan with lifestyle and supplement recommendations, plus labs & Rx, and 30 days of unlimited text support with the Elektra Care Team.

The company also offers wellness services, including a menopause wellness consultation, which comes with 30 days of unlimited text support with the Elektra Care Team, and a sexual health consultation with a board-certified sexual medicine expert. These visits cost $99 each; the company currently doesn't accept insurance, though lab tests and prescriptions may be covered by existing insurance.

The platform is currently in beta, but will open to the public in the coming months. So far, over 1,800 women have participated in its virtual programming, and they have given the platform an NPS of 92.

"Women love the Elektra experience, and tellingly, they refer their friends. As we like to say, 'taboo-smashing is more fun with friends,'" said Versi.

While the cultural and societal portrayals of women in menopause have often been unkind, depicting them as "crazy," "hysterical," or "over-the-hill," Henderson also told me that the conversation does seem to be changing.

"Thankfully, we’re seeing early signs of a shift in the public conversation around this with women such as Michelle Obama speaking publicly about their experience. We're excited to be a part of this cultural zeitgeist," she said.

"Elektra has a big vision to fundamentally change the way that women experience menopause through our proprietary care model and actionable, evidence-based programs. Our goal is to educate and empower every woman who is navigating this universal transition, and in the process to smash the menopause taboo once and for all."