RealityEngines.AI has announced that it is rebranding to Abacus.AI. Cofounded by prior Google executive, Bindu Reddy, Abacus.AI is, at its core, a machine learning company.

Alongside the news of the rebranding, Abacus.AI has also announced a new funding round. In a series A funding round led by Index Ventures’ Mike Volpi, the company has raised an additional $13 million. Others included in the round include seed investors Eric Schmidt, Jerry Yang, and Ram Shriram.

In total, the company has raised over $18 million.

So, what is Abacus.AI? Essentially, the company looks to help businesses understand and implement deep learning systems into a variety of tasks. As TechCrunch puts it, Abacus.AI "takes care of the data pipelines and model training for them."

These tasks can include everything from fraud and threat detection to both real-time and future forecasting. Other tasks that can be accomplished through the use of Abacus.AI's software includes customer churn predictions and customer recommendations for ecommerce brands. 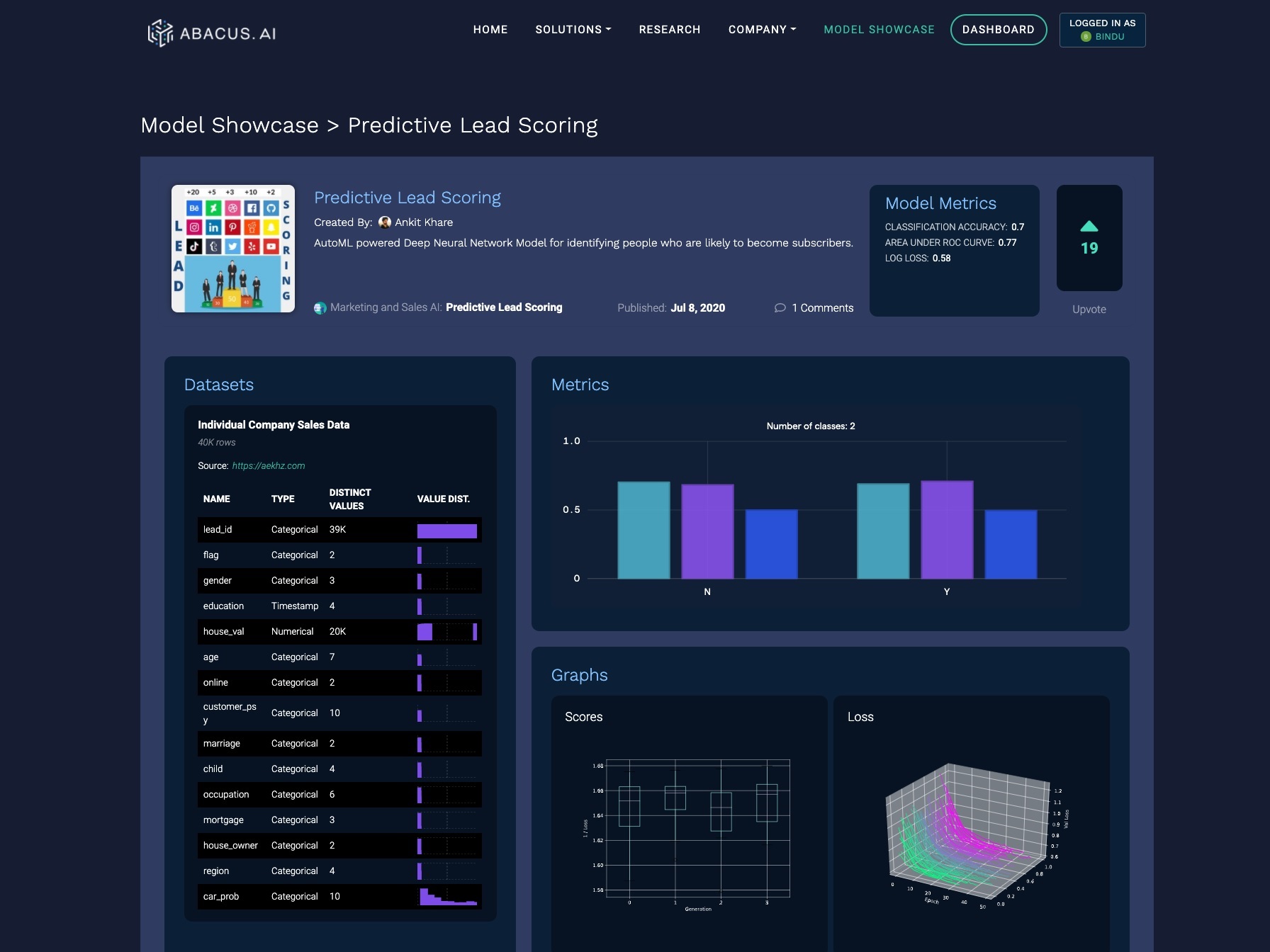 One additional feature of the new launch is that users can create their own data models directly through the website. You can then use Abacus.AI's machine learning systems to tweak your model, add data sets, and more. Thanks to pricing changes for the service, there is no cost for this, only for when the user puts the model into production.

Reddy tells TechCrunch, "My guess would be that out of the hundred projects which are started in ML, one percent succeeds because of so many moving parts. You have to build the model, then you have to test it in production — and then you have to build data pipelines and have to put in training pipelines. So over the last few weeks even, we’ve added a whole bunch of features to enable putting these things to go into production more smoothly — and we continue to add to it.”