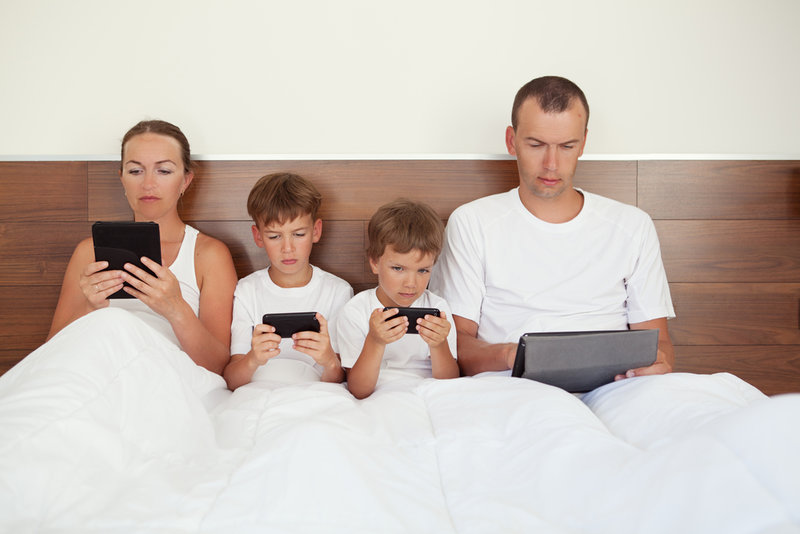 The entire world spent basically three months, at least, sitting around with nothing to and nowhere to go, if they were even allowed to leave the house at all. So, we've all had to find something to do to occupy our time, whether it be catching up on television shows we've been meaning to watch or watching endless amounts of Netflix.

For a lot of people that meant spending a lot more time, and money, on their phones. 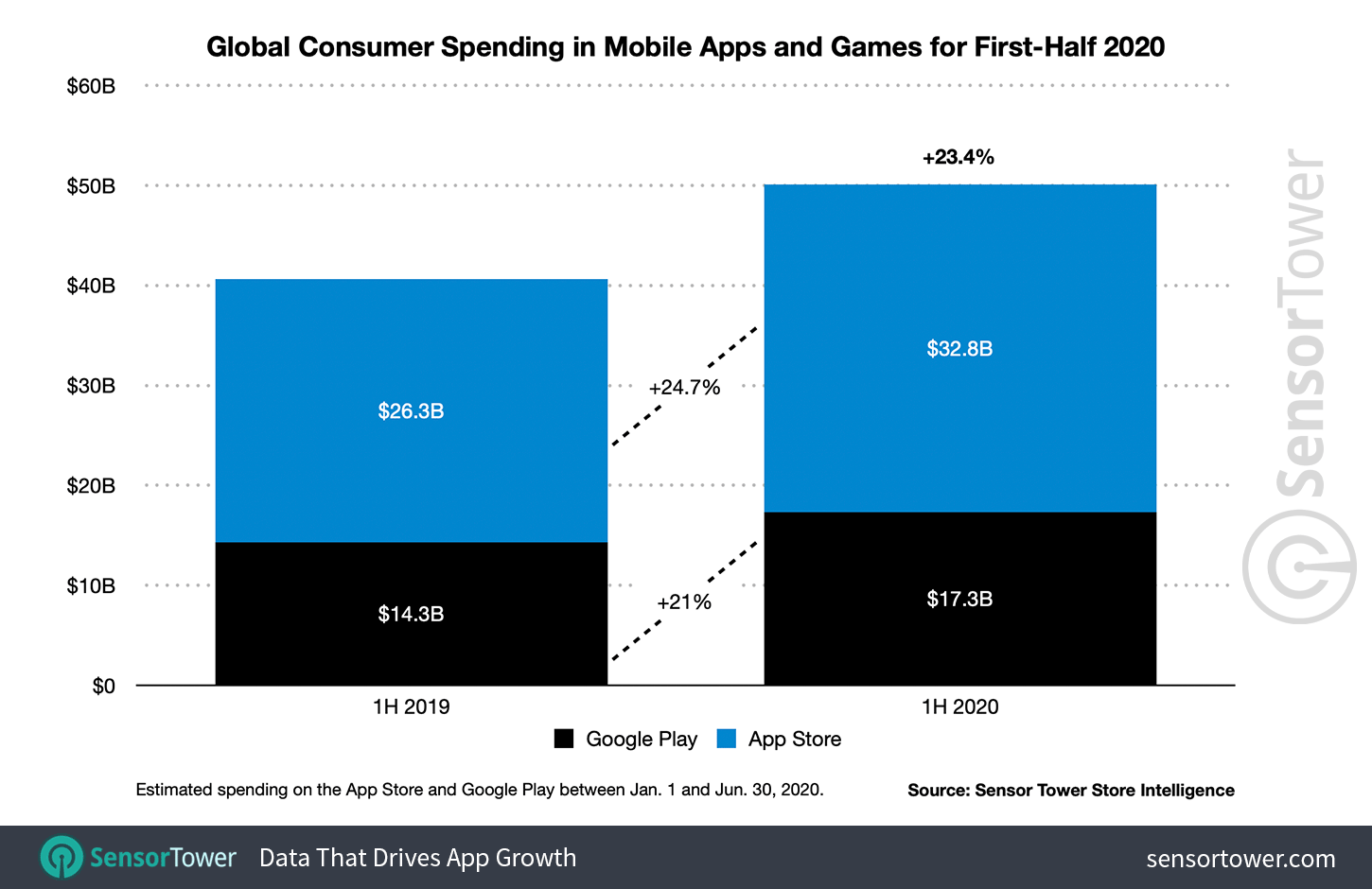 Interestingly, despite not being able to see people in person, the top earning app during the first half of the year was Tinder, which brought in $433 million, though that number was down 19 percent from the first half of last year. It also just barely came out ahead of the second highest grossing app, YouTube, which saw $431 million, followed by rising social media app TikTok, with $421 million.

Despite beating Google in revenue, Apple lost when it came to first-time installs, 53.2 billion to 18.3 billion, for a combined 71.5 billion. Google also saw faster growth, seeing installs go up 27.3 percent, compared to 22.8 percent for Apple. Still, Apple won where it counts the most.

As I said, COVID-19 left people searching for something to do at home, so it's not surprising that gaming saw a big increase in the first half of 2020.

Just to compare, that's more than triple what Tindr, the highest grossing non-game app, took in, and that doesn't even include the money Tencent saw from China's third-party Android marketplaces. 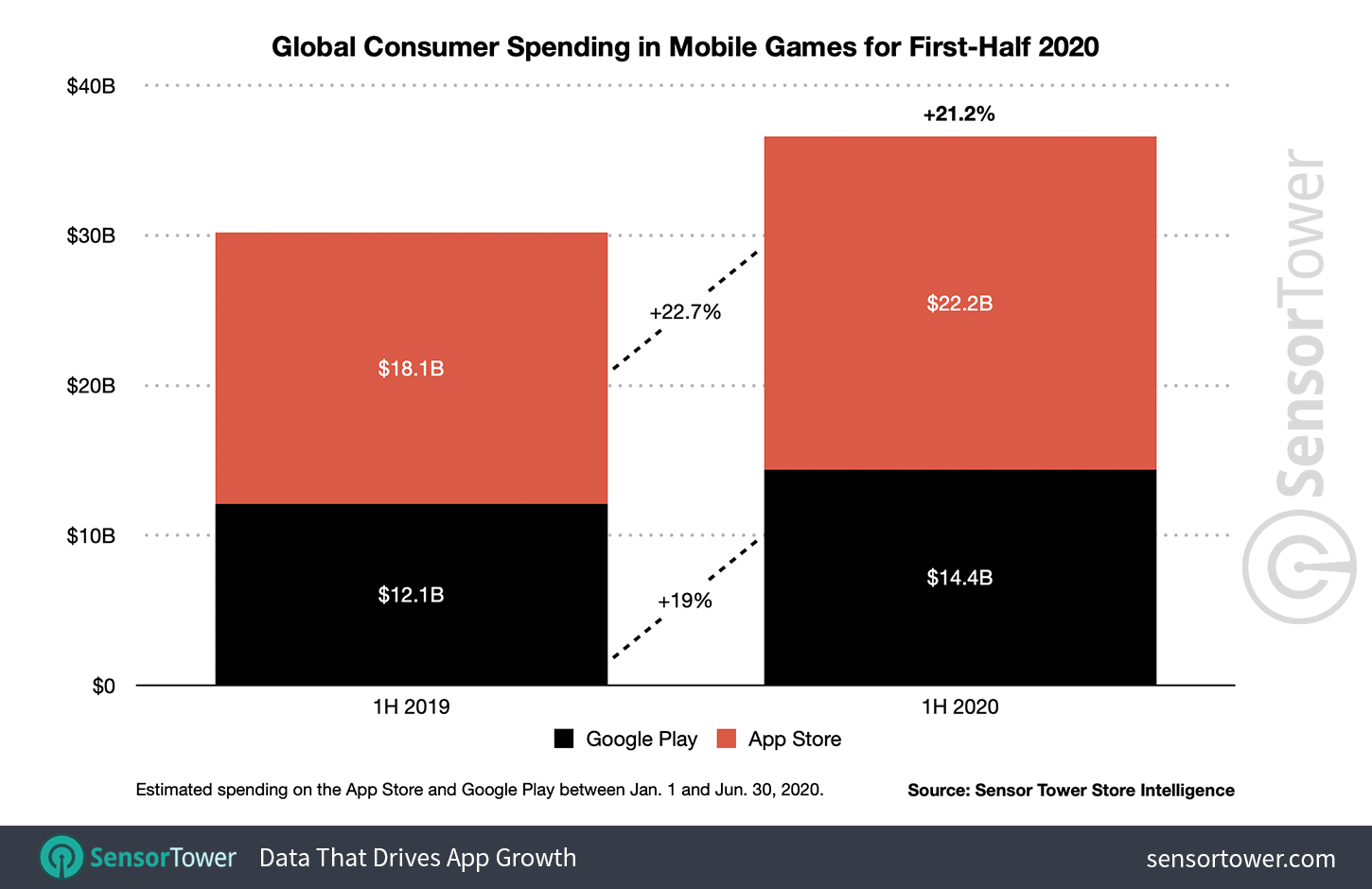 The second highest grossing game was Honor of Kings, with around $1 billion, followed by Monster Strike, with $633 million.

Game downloads totaled 28.5 billion in the first half of 2020, up 42.5 percent year-to-year. Google Play, once again, trounced Apple, with downloads increasing 46.2 percent to 22.8 billion, compared to a 29.5 percent increase to 5.7 billion downloads for Apple.

The highest number of installs for a non-game app was TikTok, with 626 million installs, followed by WhatsApp and, of course, Zoom.