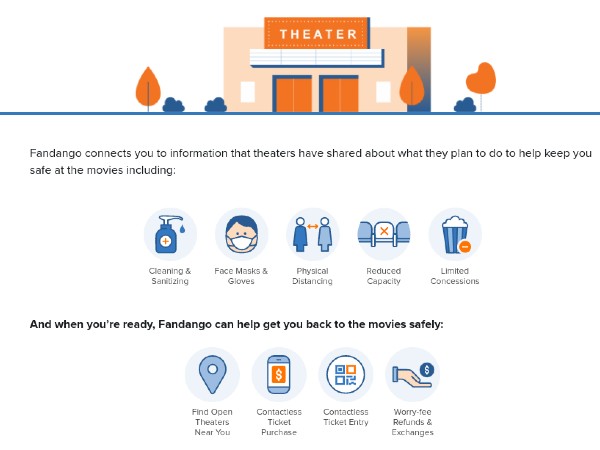 There's a lot of things I've missed over the last three or so months of shelter in place, but at the top of that list is going to the movies. As an AMC A-List member I was, at one point,  seeing just about everything that came out. The last time I was in a movie theater was on March 8, so that's been a big change for me.

Despite my desire to go back, I have to admit that I still don't feel entirely comfortable with the idea of being in an enclosed space with other people for a few hours. I don't seem to be alone in those feelings, either: an ABC News/Ipsos poll from the beginning of May found that less than a quarter of Americans said they would be willing to going back to a movie theater.

Fandango wants to help mitigate those fears by launching what it calls "a multi-dimensional program to help moviegoers go back to theaters with confidence and peace of mind." Essentially, that means the company will be giving people information about how to go to the movies while also staying safe from COVID-19.

Customers will get access to social distance seating maps, a special search filter to find reopened theaters by location and instructional videos. The company is also giving users access to detailed overviews of the policies being put in place by over 100 movie theater chains, which are listed alphabetically, so that people can see what protections are being put in place in each of their local theaters.

In addition, Fandango also said it will be using some of its other properties, including Rotten Tomatoes, which it bought in 2016, and Movieclips, which it has owned since 2014, as well as its social media and performance marketing platforms, to give this information to its customers.

The company also announced that it will be extending expired rewards for its VIP+ loyalty program, giving customers more time to use them.

"We are working closely with our friends in exhibition to help get their ticketing back online and film fans back in seats with peace of mind," Melissa Heller, Fandango's vice president of domestic ticketing, said in a statement. "In addition to our new product features, Fandango's mobile ticketing will be an added benefit, helping moviegoers and cinema employees reduce the number of contact points at the box office and throughout the theater."

This has been a tough time for movie theater chains, as they were forced to shut their doors just as the summer movie season was about to kick off. AMC, in particular, has been fielding a ton of bad press, including stories about the chain potentially going bankrupt. That was followed by a controversy over whether or not the chain would require patrons to wear masks, adding to general confusion about what would be expected of people if they do decide to return.

Giving people more information about what theater chains are doing to maintain safety, and what customers themselves should expect, will no doubt ease at least some fears people have, though it's still likely to be a long, slow road before people feel fully comfortable sitting in a packed auditorium again.

"At Fandango, our mission has always been super-serving fans with their entertainment needs, and we cannot wait to help fans get back to the big screen safely and at the right time," Paul Yanover, President of Fandango, said in a statement. "It's a complicated rollout, with various states, cities and counties opening their venues in different phases. We hope Fandango will serve as a helpful one-stop resource for fans to find all the information and services they need for a comfortable return to their local theaters." 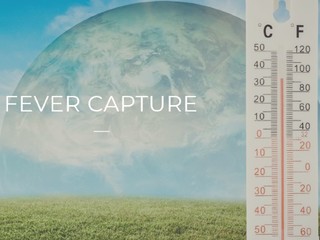 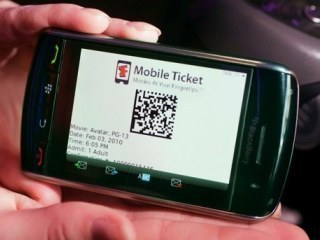 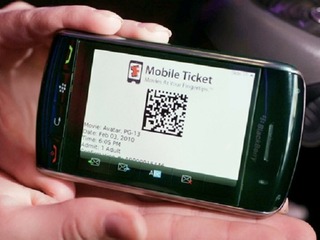