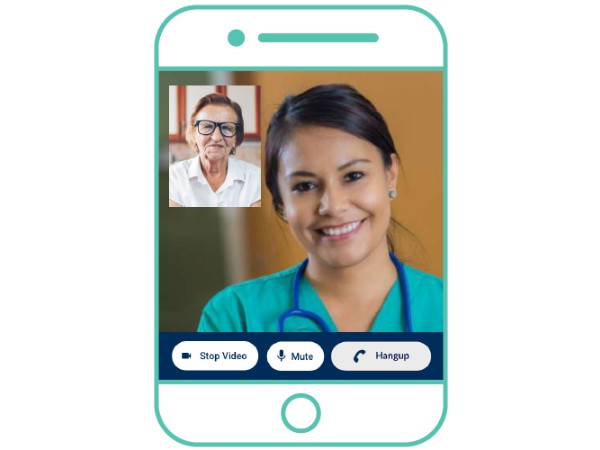 It's no secret that the Baby Boom generation is getting older; every single day, 10,000 people turn 65 in the United States, with the number of older adults expected to more than double over the next several decades to over 88 million people. And all of them will need increased care.

Despite the increased focus on digital healthcare, which allows people to be monitored consistently without needing to go to the doctor, it's actually this population, the one which requires better monitoring than any other, that is not currently being served very well by the technology, said Pat Kelly, CEO and founder of Routinify, a provider of comprehensive care for aging adults that announced on Thursday that it raised a $1.5 million from Resolute Capital Partners.

Kelly first learned of this problem, he explained, when taking care of his elderly mother and aunt.

"I quickly came to the conclusion that there is no single application that really took in my challenges, which is all day, every day. There may be lots of applications around something specific, 'Hey, your mom's on the floor, please call 911,' or med reminders or things of that nature, but they really didn't start in the morning around how well my mom had slept, how she's progressing with her day, reminders throughout the day, all important nutrition, hydration and others. Or the super important areas around socialization and mental actuation, like, ‘Have you talked to anybody?'" he said.

The other problem he encountered was that care is not well coordinated or well managed, meaning "there's no real consistent goal that everybody's marching to, nor is there any data about how well we are, as a team, in trying to achieve those goals."

Routinify's platform, called WellAssist, creates a solution by help aging people develop healthy habits. It does this by collecting data from wearables, medical devices and sensors, which it then uses to create a holistic view of the patient.

"Although we are a technology company, we don't see the solution as being technology. That was one of the observations we had coming in the market, that lots of people want to bring tech, and it's not really tech by itself" it’s technology as it's used to extend and augment human care," said Kelly.

The company has tablets that run its application software, which it calls "Senior Smart Displays," which combine both voice, visual and haptic, which are interfaces that provide tactile feedback to a user, such as vibrations. The combination of these three are crucial to how its users interact with it, Kelly explained.

"Voice is great because it gets your attention if your name is in that phrase, but it's hard to sometimes parse that or you get into these awkward conversations like, ‘Huh? What did you say? What do you want me to do?’ So, the visual is there to augment what you hear, audibly, and it persists, and haptic is very important as well," he said.

"We use wearables from Garmin, Fitbit and others to just give a little vibration or tickle on your wrist to get your attention. And this is how human beings like to be interacted with, talk to them before you make eye contact, before you touch them, so voice-visual haptic is how we solve that problem."

Resolute Capital Partners decision to invest in Routinify is because the firm saw a similar problem that Kelly did: wearables and digital technology services were fragmented, said Thomas Powell, the firm's senior managing partner and founder.

"I'm an early adopter of a lot of different technology; I've been very aggressive with my management of healthcare since I was a young person in my 20s. Ss wearables became more prevalent, the challenge that we kept seeing was, ‘I've got Garmins for my bike, I've got a Garmin triathlete watch that I wear that gives me all sorts of data. I just have the Withings scale, and then I use MyFitnessPal,'  but none of these things reportedly actually talk to each other," he said

The opportunity in digital care is to take all that data and create a more holistic approach to health, Powell explained.

"It's not just the pills that the people are taking or the diet that's going on, it’s the interaction with other people. It's did they actually get outside? Did they make their steps happen that day? Did they drink enough water? For a healthy lifestyle, it’s all of that and that’s why we liked Routinify because, as we continue to age, it keeps that focus on what's a good routine to give a higher quality of life."

The other thing that made about the company stand apart from other companies in the space was its leadership.

"We always look at the exits, not just bringing good products to market but we are an exit-based company. Some we look and say, ‘Okay, what's the likelihood of having that exit and does the entrepreneur align with our goals of exiting?’ Pat fit that. We like the space, we like Pat, and we like the opportunity that's there for us."

Right now, Routinify works with in-home providers and professional care providers, rather than selling directly to consumers, partially because the typical person wouldn't have the tools or knowledge to create a plan, Kelly said.

"Probably in a future state we may be selling direct to consumers, but the problem with the consumer is they're like me, I didn't really know what was going on to my mom, I couldn't assess her professionally, or put a proper plan in place. So we go through in-home providers and professional care providers to help them build a comprehensive care plan, through the night through the day and seven days a week," he explained.

"We're typically embedded in a broader solution. Your in-home care provider, or the newly anointed telecare providers, would come to you and put together a program for your mom and help you manage that throughout the day, and then we're the technology underneath the hood that enables the telecare to augment or replace any in-home care you might be requiring."

The company, which is just coming out of its clinical phases, was invited to the province of New Brunswick in Canada shortly after its founding to help them deal with their aging population. It partnered with the University of New Brunswick Saint John, as well as local clinical and hospital organizations, with the proposed outreach being across about 15 to 20 percent of the over 65 population, which equals around 100,000 people.

"The goal there is to initially touch 10 to 15,000. We're now just launching here stateside in our own backyard and we're engaged with a variety of research organizations here, not just in aging adult space but also in hospice care and other environments, and we’re beginning our go to market through in-home care providers as well," said Kelly.

The new funding will be going toward sales and marketing distribution, expanding its 20 person team by 40 to 50 percent. It will also continue to invest in the product but, because of the market it's selling into, most of the product had to be built early on.

"In the aging adult market, you can't take the traditional minimum viable product to market here for two reasons. First, your primary user, although they may not be the buyer, is the aging adult and minimum viable means is changing all the time and change is part of the problem that you're dealing with, so you have to really be fully baked before you even go out the door. Second, in the healthcare system in general, but specifically the aging adult services, this is not the traditional selling of enterprise application software where people understand roadmaps and all that. They've been choosing between brown and beige, have been their choices, so you really need to walk in with a fully baked solution, and a paint by numbers methodology for how they actually adopt that into their business, compounded by the fact that you're actually changing their business model," said Kelly

"There's an enormous amount of feature functionality that we've already built, which you typically wouldn’t when you run into the software space, which is the reason we had to be a lot of product before we could go into the revenue phase."

While Routinify is currently going after the aging adult market, there's a reason the company didn't call itself "Ageify," Kelly said, and that's because it eventually wants to expand to other types of users, those who are trying to live independent lives with similar challenges, such as vision impairment, hearing control or cognition.

"We plan to expand into those marketplaces and now, with the new focus on bringing the physician and the hospital and broader care into the home environment, that the COVID pandemic has brought to bear, we see that that rapidly accelerating our extension outside of the aging adult market," he said.

The long term goal of Routinify, though, is to positively affect the lives of adults who haven't yet received traditional in-home services, or who haven't yet made the move to independent living or assisted living.

"You see those moves are made too late because you haven't been living as well as you possibly could and that's accelerated your growth decline. So, for us, it’s actually getting involved earlier in people's aging and lifecycle," said Kelly.

For RCP, meanwhile, the investment goes beyond just being financial, Powell said, but "it's also a quality of life, and an early adopter type investment."

"As this population ages, we don't just want to see people make it longer, we want to see them have better quality lives. And we believe, for us, it'd be very exciting to see this product worldwide helping improve the quality of life everywhere. Ideally, that will bring us better data and better science as we continue to age, and for future generations."