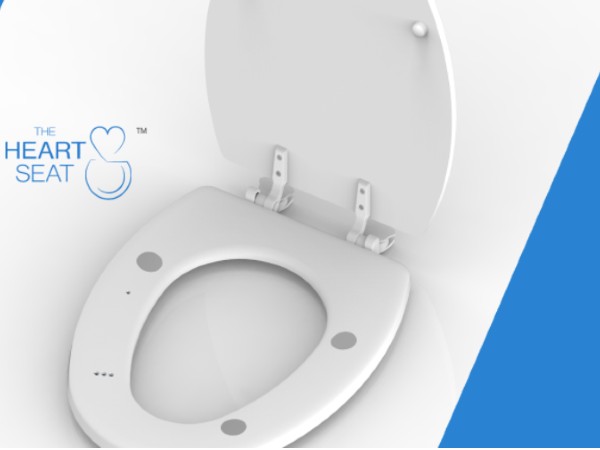 Most of surely know by now that heart disease is the leading cause of death in the United States, responsible for 647,000 Americans, or a quarter of all people, who die each year. It's also an expensive problem, costing the United States about $219 billion annually.

With those kinds of numbers, there are no shortage of companies looking to solve the problem, whether that be through a wearable or a virtual platform but Heart Health Intelligence (HHI) has come up with a novel and unexpected approach: a smart toilet seat. (No, despite the timing, this is not an April Fool's joke)

Called The Heart Seat, the device, which was designed through a partnership with plastics company Bemis Manufacturing Company, includes monitors that can be installed into a standard toilet seat, and which can then collect data on a person's cardiac health, including their blood pressure and oxygenation. The seat connects to the cloud so that data can be monitored remotely.

The new funding will be used by the company to support the commercialization of The Heart Seat and to achieve FDA clearance.

Founded in 2018, HHI has already tested the Heart Seat on over 300 people in partnership with University of Rochester Medical Center. One peer review study concluded that, "a toilet seat–based cardiovascular monitoring system has been successfully demonstrated with blood pressure, stroke volume, and blood oxygenation accuracy consistent with gold standard measures" and that "This system will be uniquely positioned to capture trend data in the home that has been previously unattainable."

In an op-ed written for the Fast Company in September 2019, Nicholas Conn, PhD, CEO of HHI, described how he came up with the idea for installing a heart monitor in a toilet seat.

"In 2014, when I was working toward my PhD, my adviser, David Borkholder, and I were trying to solve the problem of how patients could more simply and easily monitor their heart health at home without learning a new habit. Could sensors be integrated into a steering wheel? Or a computer mouse? Neither was something that would be used daily by people with advanced cardiovascular disease," Conn wrote.

The problem he identified was that devices like blood pressure cuffs, body weight scales, and portable electrocardiogram monitors were not reducing hospital readmissions because people don’t use them consistently enough. A toilet seat, however, will be used almost daily by a patient through force of habit.

"Unlike sensors that are used in a hospital or existing in-home monitoring devices, the toilet seat captures data from nonstandard locations—such as measuring blood oxygenation on the back of the thigh, rather than the finger. We developed custom circuitry and algorithms to work with this data, including one that accurately identifies heartbeats in noisy data," Conn said.

"The seat is installed on a standard toilet. Users are not required to do anything other than sit down, a habit they already have, and one that can practically ensure daily measurements." 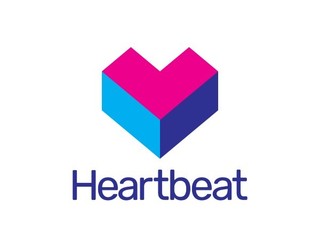 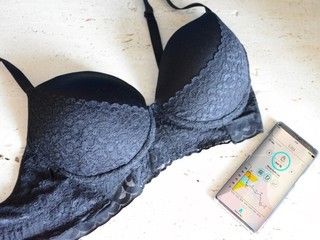